As hardcore wild turkey hunters, we naturally worry some over this year’s hatch. Even puzzle over it a bit. As... 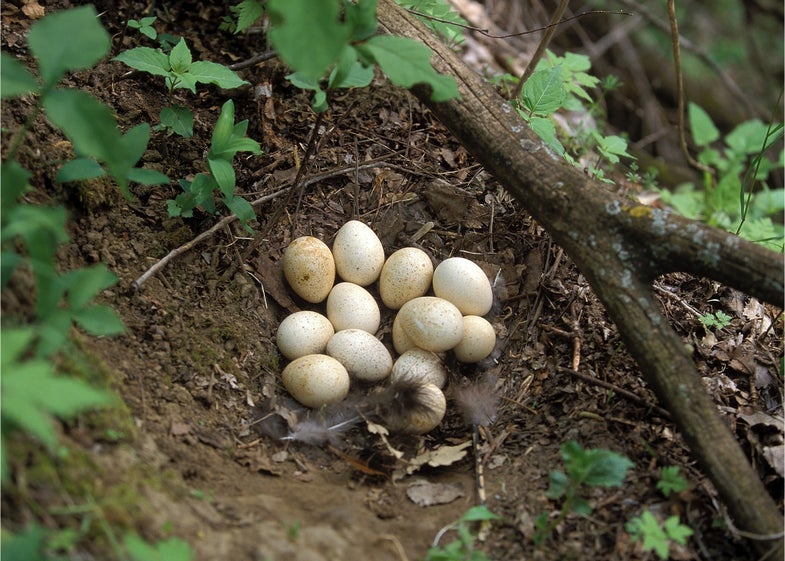 As hardcore wild turkey hunters, we naturally worry some over this year’s hatch. Even puzzle over it a bit. As a hunting writer, I’m fortunate talk with and hear from the country’s top turkey biologists on a regular basis. Some of the facts might surprise you. Here’s what I’ve learned from them over the years:

Not all hens nest. Hatches in specific geographical regions don’t come off at the same time either.

In general, wild turkeys hatch in May and June down south, and June and July up north, with regional exceptions. Here in northern New England I saw and received reports on late May hatches. Had one person report in on seeing a Vermont hen with a dozen eggs in her nest in late April. Tend to see and hear that every year. Early. Late. Green Mountain State biologist Doug Blodgett tells me that’s to ensure turkeys in a region (any region around the country) has the potential for birds. Spread the odds. Nature’s way.

There’s a reason for this. On average, studies show yearlings begin nesting later in the season than adult hens. If unsuccessful, they finish re-nesting attempts sooner. On a personal note, several times over the years while spring turkey hunting I’ve witnessed: (1) young hens squatting to be bred, and (2) adult gobblers ignoring that gesture, strutting nearby, with no other hens in sight. Let me know when you figure that one out! Young hens also lay fewer eggs than adult birds, which average 10-12 in a normal clutch. Eggs incubate roughly four weeks. Here in Maine I saw strutters with hens as late as the second week of June this year, a week after the season ended. Do the math on that potential brood.

At least according to renowned turkey biologist Lovett E. Williams, Jr. This one definitely surprised me when I first heard it. Once, sure, but five times? Wow. Re-nesting efforts conclude by midsummer in the south, and late summer up north. I’ve personally seen nesting Maine hens in July many times. Once, I accidentally disturbed an August nester in the middle of a field of high grass. A week later I found her there dead, the victim of a predator kill if the scattered feathers were any indicator. Coyote scat sat nearby. Add your own expletive.

Sure enough, the presence of predators sometimes indicates a healthy habitat. Nevertheless, winged and four-footed predators kill potential turkey hatches, by eating eggs in some cases (coon, crow, possum, fox, and skunks), and young birds in others (coyotes, feral dogs, hawks, big owls, and bobcats). BRBB has posted here on his predator control efforts. Do the rest of you guys do any of it? As always, keep us posted here at the SZ on what you’re seeing out there around turkey country.