Should enhanced predator controls be applied by state wildlife departments? What about those old-school bounties? According to the Vermont Fish... 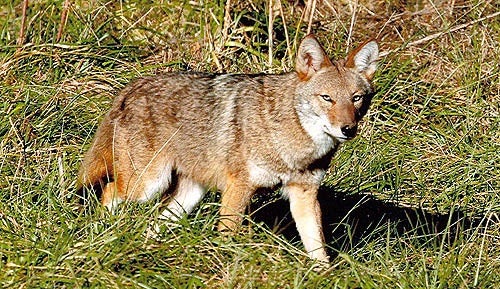 Should enhanced predator controls be applied by state wildlife departments? What about those old-school bounties? According to the Vermont Fish & Wildlife Department (VFWD), additional predator “control” strategies (such as a bounty system or management method other than hunting and trapping) wouldn’t benefit wild turkeys.

In their current Big Game Management Plan 2010-2020 draft, the VFWD suggests that: “Predator/prey relationships are extremely dynamic and complex. These relationships involve a variety of factors which defy a simple, quick fix. Wild turkeys are prey to a long list of predators including coyotes, bobcats, foxes, fisher, weasels, skunks, opossum, raccoons, snakes, hawks, owls, domestic dogs, and humans. In the case of implementing ‘coyote control,’ for example, assuming that this could be effective, removal of coyotes would only reduce competition among the remaining host of predators that would continue to prey on turkeys.”

In other words, coyotes help control the list of other turkey predators.

“Coyotes, in fact, prey upon weasels, opossums, raccoons, foxes and rarely skunks,” the VFWD suggests. “All of these species are effective predators of nests, chicks, and nesting turkey hens. For this reason, it is possible that removal of coyotes [via additional controls] could allow the populations of these other predators to increase resulting in more, not less, turkey predation and an overall decrease in a turkey population. Complex species relationships are common in nature.”

Predator hunting is encouraged however. There’s no closed season on Vermont coyotes, and a fall trapping season as well.