Scott Basehore of Pennsylvania is a custom turkey call maker whose fine work graces my turkey call collection. It’s a... 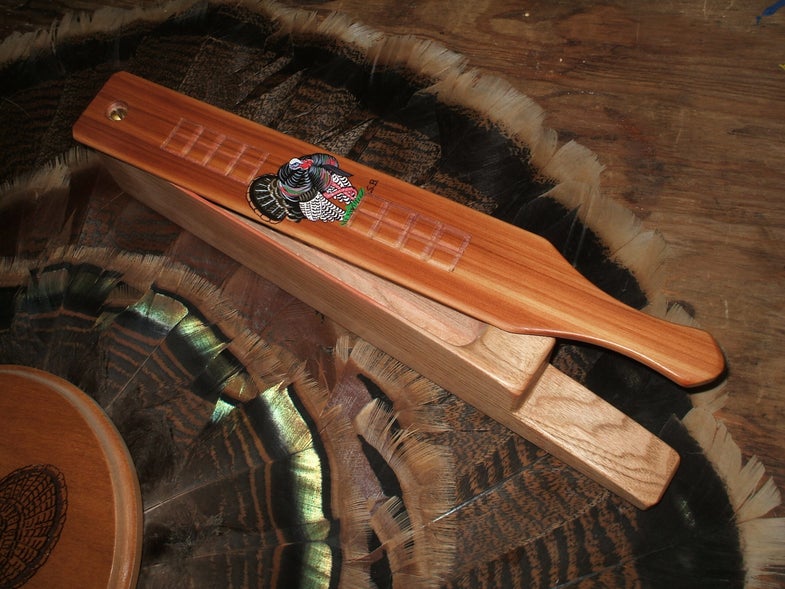 Scott Basehore of Pennsylvania is a custom turkey call maker whose fine work graces my turkey call collection. It’s a box call you guys would notice, adorned with a hand painted strutter (see photo); one you want to pick up and run some clear-noted yelps on. A two-season turkey hunter, he’s also an avid dog man who runs his turkey-nosed canine on fall flocks where it’s legal (as in PA); a list of states that grows annually.

Basehore started making turkey calls way back in 1985, just as the golden age of turkey hunting we now enjoy was commencing. To quote him, and put simply: “I thought it would be great to take a turkey using a call which I had made.” The dream became real as he guided and hunted across turkey country. More people saw his calls. More began to order them, Scott says.

But will they work in the woods?

“My calls are not mass produced. They are built one at a time, and worked according to each individual piece of wood.” And he backs that careful work up with a promise: “If I do not feel confident the call will call turkeys, it will not be sold.” His custom and paddle boxes are made from a solid block of wood, your choice: butternut, cedar, polar, cypress and mahogany. Money back, guaranteed.

Mine sounds as sweet as a gobble answering yelps on a nearby ridge.

Want more information? Basehore makes home base in Denver, Pennsylvania. He can be reached at 717-336-4458 or by email at: cbasehore@yahoo.com/

Don’t own a custom turkey call yet? You hardcore Strut Zone turkey chasers definitely owe yourself one. Run a custom or paddle box made by one of these guys, and you’ll see the difference between some of the lower-grade inexpensive options that of course allow everyone to play the calling game, and these custom made works of art.