How Was The Hatch?

Brood survey results from New Hampshire are in. Ted Walski, the longtime Turkey Project Leader for the N.H. Fish &... 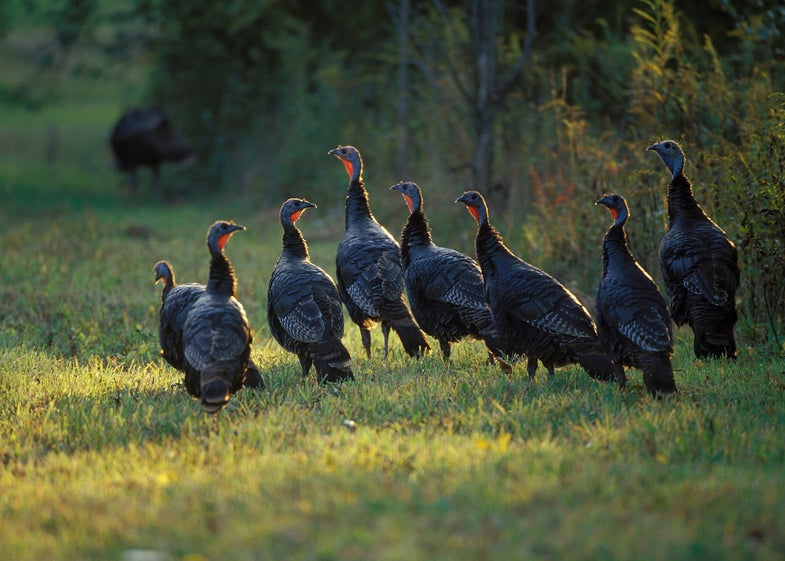 Brood survey results from New Hampshire are in.

Ted Walski, the longtime Turkey Project Leader for the N.H. Fish & Game Dept., reports that some turkey breeding behavior was noted as early as mid March in this northern region of the country. This made for some early brood sightings.

As the brood survey goes, says Walski, “This summer is based on a random sample of 50 brood sightings [overall], mostly from towns in the southwestern region of the state.” This turkey-rich location in the Connecticut River Valley revealed that broods (8) observed in May had an average of 8 poults per hen. June’s averaged 6.5 poults per hen (30 broods). Seven multiple-hen broods in June also had 4.53 poults per hen. In July? 4.60 poults for single-hen broods that month, and 4.24 poults for multiple-hen groups.

What about estimated hatching dates? Biologist Walski achieves this data based on back-calculating from the size of the poults on the day observed. “The period of the most hatching,” says Walski, “appeared to be the fourth week of May (42%), followed by the third week of May (22%). The month of May had 68% (two-thirds) of the spring hatch [for the broods surveyed].”

Two of the hatches were even from late April Walski indicated, suggesting this data is considered an anomaly and not typical for N.H.

How did the heavy rains of June and July affect turkey populations? Walski suggests that: “Because of the ‘monsoon’ rainy periods during the spring/summer of 2009, production of young turkeys will be below the long term average over the years.” He goes on to say, “There are an abnormal number of hens with only 1-4 poults each, but there are also hens with 8-9 poults, especially from the hatches of the second or third weeks of May and from some re-nests during late-June and July.”

He also suggested brood observations during August and early September will better determine productivity for 2009.

On the N.H. seacoast region, and in southern Maine where I write this report, some multiple-hen groups are bugging in fields, bachelor groups of toms are now afoot and more visible, and one reliable source in my turkey-hunting network says he’s been watching a mixed family grouping of, catch this, 50+ birds.

The hatch results for this region of turkey country, if anything, are mixed.