Let the games begin. Gathering gear for a fall turkey hunt (and road trip) isn’t all that different than in... 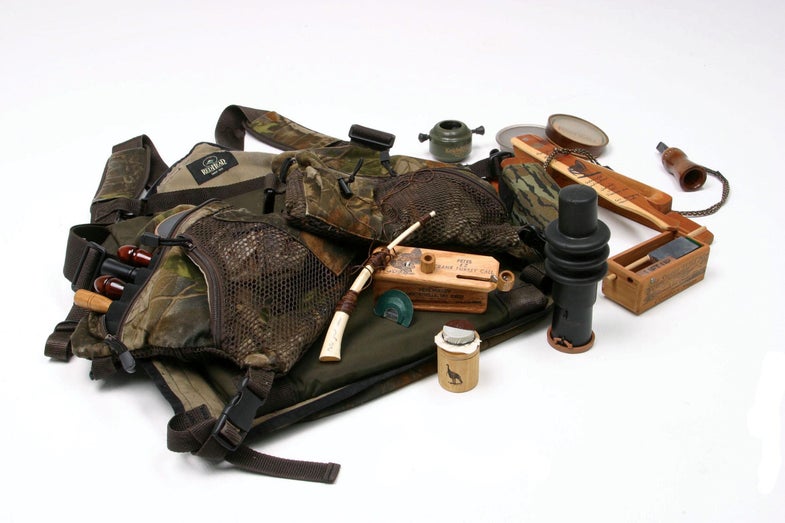 Let the games begin. Gathering gear for a fall turkey hunt (and road trip) isn’t all that different than in spring, unless you hunt with a dog as I and many others do. I spent September chasing early Maine geese and scouting turkey flocks, often at the same time. My home base shotgun season for turkeys doesn’t arrive until Oct. 17 though, so I’m off to New York in early October. The season starts Thursday, Oct. 1 in the upstate area I’m hunting; I’ll miss the opener but get in there not long after. Stay tuned here for a full report.

In the meantime, I’m packing for the trip. Here’s what I’ll need:

GEAR: Turkey loads (3-in. #5s & 6s), two shotguns (this is a road trip fellas), several pairs of boots, many apparel changes including raingear. Other stuff: penlight, seat cushion, choke tubes, etc. License holding two fall turkey tags. Wallet-held hunting licenses for the three states I pass through. A copy of the NY State hunting regs. Knife. Facemask, gloves, extra hat, bug dope, and a soon to be disclosed lucky charm my 11-year-old daughter will give me before departure.

DOG STUFF: One of my roomy turkey vests for extra gear, including leads, collars, a portable blind, a zippered camouflaged bag to conceal my canine partner, head exposed (Virginian John Byrne’s and his wife Miss Sue’s invention; adapted by turkey doggers and their better halfs around the country), first-aid kit (these dogs are athletes), an extra water bottle and collapsible dog dish. Dog bed for downtime. Dog crate when afield. Of course the dog herself (our moon-white renegade English setter Luna, just 1 and some change, full of hunting desire and a love of feathery game). Memories of my late great canine hunting partners Midge March Madness and her half-sister Jenny (both buried in the last several years; Jen on August 31 at 13+ years old) will inform the hunt too. Midge’s first fall turkeys came to the post-flush calls all those years ago with her at the same age as Luna(tic). Our other setter Radar, 7, will be part of the fall fun too. It’s a continuum . . .

MISC.: Batteries for my HD mini-camcorder, my alarm clock and my digital camera. A borrowed cell phone (wife’s loaner), which won’t necessarily grab a signal where we’ll be hunting. DeLorme Atlas & Gazetteers for Maine, NH, VT and NY (always present in my truck and filled with annotated scrawling from turkey sightings written in cryptic code). Pens, a notebook, maybe a laptop (see “borrowed cell phone” for rural hunt challenges). Road trip CDs ranging from Willie Nelson to The Clash to Springsteen. (Eclectic? Heck yeah.) Cooler for soft drinks, snacks, various food items. You eat and drink the contents then ideally put your fall bird(s) in there at trip’s end.

What vest essentials do you guys insist on when you hit the turkey woods?