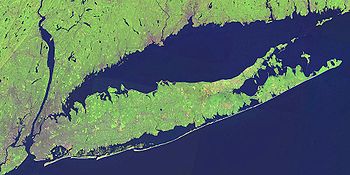 The New York State Department of Environmental Conservation (NYSDEC) has announced dates for the first Long Island wild turkey hunting season, crediting over a decade of wild turkey reintroduction efforts. Just five days long, but hey it’s a start. The season is limited to the five-day fall hunting season in November (see dates below), providing the opportunity to put one on the Thanksgiving table (Nov. 26).

“The region is extremely excited to give Long Island hunters a local turkey hunting opportunity,” Peter A. Scully, Regional Director recently said. “Not only does this new season give more opportunities to local hunters, but it can also serve as a poignant example of how locally extirpated populations can be successfully reintroduced given enough effort and attention.” He goes on to say that: “This season exists due to the diligent work of our regional wildlife staff as well as the cooperative efforts of local hunters and volunteers who took the time to fill out and submit surveys of turkey sightings that allow our staff to assess population health and growth.” Here’s the skinny on the new turkey season:

2. Season limit of one bird of either sex.

3. The use of either archery equipment or shotgun.

5. All participants must carry a valid turkey permit and tag.

6. Other general hunting regulations are the same as for other small-game hunting on Long Island, and for fall turkey hunting elsewhere in New York State.

Visit the NYSDEC website at http://www.dec.ny.gov/outdoor/32162.html// for further details.

(No word as to whether Billy Joel will participate in the Long Island turkey hunt.)