Chances are pretty good that many of you reading this were outfoxed by a henned-up gobbler with a brain the... 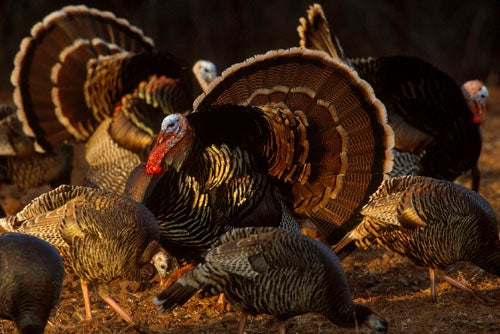 Chances are pretty good that many of you reading this were outfoxed by a henned-up gobbler with a brain the size of a walnut last spring. The pain you felt was self-inflicted. No matter how hard you tried, no matter what tactics you applied, those dominant toms weren’t buying anything you threw at them.

Why should they? They were surrounded by warm and willing hens. Those same tied-up gobblers have done you a favor with fall turkey seasons coming up. Say what?

Chances are those hung-up toms bred one or more hens. Those hens nested, hatched broods, and raised those young birds this summer. Birds of the year grow fast. That single gobbler might be responsible for half a dozen, a dozen, or more wild turkeys in the woods and fields right now.

It’s time to do two things: return to the scene of the crime, where that gobbler gave you a tough time. It’s also important to go back to the area where you may have killed a turkey to see what has transpired in the past months. You may find a bunch of turkeys there.

I found two such Maine family flocks this past weekend, the first time I’ve seen either one of them. One numbered 10 birds while the other weighed in at nine turkeys. They were out in the open, within an hour after fly-down time, drying off from the rain showers we had on Saturday. The gobbler(s) that bred the brood hens last spring were nowhere to be seen of course.

As the fall turkey seasons approach, return to the areas where you successfully located gobblers, including places where you actually closed the deal. Chances are there are some flocks waiting for you.

After you’ve located them, add these things to your to-do list: Secure land ownership permission again. Spend some time in the area patterning these flocks. Try to determine the range of these groups. Some autumn flocks travel in 1000-acre habitats, hitting food sources as they spend their day grazing between fly-down and fly-up. Set up somewhere between their roost and food source(s) during your hunts. Cold call to birds on the move, or using terrain to hide your movements, flush the just-out-of-range flock to later call the gregarious birds back.

One final thing: You can finally stop cursing that tough spring gobbler’s memory and thank it for this fall bounty.