We hunters are a results oriented bunch. “Did ya kill?” Back where I come from the expression “Get your turkey?”... 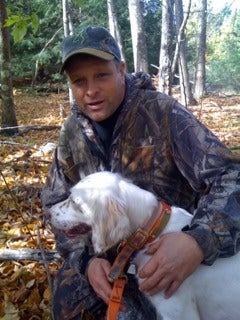 We hunters are a results oriented bunch. “Did ya kill?” Back where I come from the expression “Get your turkey?” was (and still is) a common query from men in my native north-central Pennsylvania hometown where fall turkey hunting reigned king until the new modern tradition took over. It’s still big back there. Less so here in moose/deer/bear Maine where I make my home base.

Our Maine fall shotgun turkey season is short: just six days. It ended on Friday, October 23. Confession time: I was still carrying my tag. You’d think somebody in the family died by the way some of my buddies have reacted. “Oh man, I’m sorry to hear that buddy.” Add a moment of respectful silence here. The thing is, I’m cool with it. Really. I hunted hard five of the six days (Wednesday I caught up here at the home office), had action on all of them. My promising new work-in-progress turkey dog Luna (age 1) is so full of hard-hunting pleasure and desire you forget that part of the deal is to kill a bird. Not that we didn’t try to do that! A hunting buddy was also involved two of the days, and he went down swinging too. Ouch.

We laughed about it on the drive home. Listen. A skunking knows know personal history; no so-called “expert” status (which I doubt really exists). Both of us travel the country to turkey hunt. Marc has actually called in the Nationals several times. Yes, we’ve taken multiple Grand Slams, all that. Veterans. But this particular Maine fall turkey season we went out “still carryin'” our $20 fall permits. I could tell you about the Opening Day Maine ’09 spring gobbler I killed on one of the same farms we hunted, but I digress. Still, I’d say we got our money’s worth of the intangible stuff:

I had a merlin (pigeon hawk) fly in and light on a tree limb above my wooded setup as I turkey called. It then flew down and hovered face to face, inches away, with my camouflaged form. Twice. Is that cool or what?

I had numerous pleasurable conversations with farmer(s) and landowners prior to and following hunts. On the last day we learned from one gentleman that: “a big flock of turkeys is on the other side of the road right now”–pause for effect; a smile creeping on the edge of his mouth; a twinkle in his eye–“but they won’t let you get at ’em over there!” Low-key New England Yankee humor. I love it!

I talked to one three-note yelping gobbler that wouldn’t come. I scouted 16 birds in the rain and wet snow on the no-hunt Sunday that roosted on the other side of posters that night. The next day, two shots over there, right after fly-down time. I worked a family flock, and scolding brood hen (“Get over here you young turkey you!”), and pulled them to within 80 yards in the woods until they drifted off. On the last day, we were 45 yards from a small group of birds (4), that spooked on our approach. We found trails in the wet pasture grass where they’d been feeding, and fresh droppings nearby. With all the acorns, they hadn’t been in the fields until then. Until then. Yep, I’m eating my Maine fall turkey tag. I’m okay with that. You can save the condolences though. I’m still in the game.

“Why haven’t you been here in the morning when I wake up?” my 11-year-old daughter has asked me more than once of late, a sad tone to her voice as we often share breakfast. Some daddy time for sure is due, then I’m back at the fall turkey flocks (New York State), which–as you all of you Strut Zoners know–are EASY.