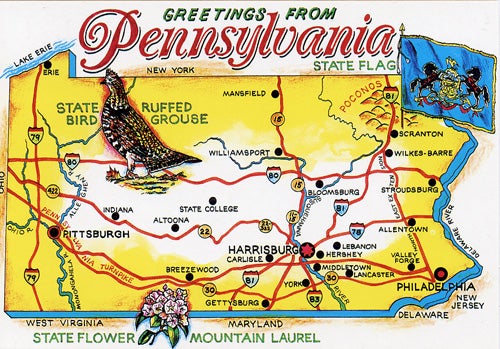 Trick or treat? Saturday October 31 marks the start of Pennsylvania’s 2009 fall turkey season. I hunted its rolling north-central ridges and hardwood hollows as a teen, and as a road-tripping adult from my New England home base. Good memories.

So what’s in store for this season? The Pennsylvania Game Commission (PGC) is expecting hunters to encounter a sizeable wild turkey population when they head afield on Halloween’s opening day. According to sources, this autumn’s abundant acorn crop may make finding flocks more difficult than last year, as widespread food souces tend to disperse turkeys. Most acorns are of the red oak group, as white oaks tend to be scarce in some areas of the state.

Mary Jo Casalena, PGC wild turkey biologist reported to the Strut Zone that: “The [overall] turkey population in the spring prior to nesting was above average, at about 345,000 birds, rebounding during the past three years from its low in 2006 of 291,000, so there remains an above-average population of turkeys in Penn’s Woods. The state’s wild turkey population is above the 10-year-average thanks to good reproduction the past two springs [’07 & ’08] and generally conservative fall season lengths, which prevents the overharvest of hens.”

She did note that fall turkey hunters will likely encounter smaller flocks of young turkeys caused by the recent cool, wet spring that decreased nesting success. This translates to a lower than average population of birds of the year.

“Overall, I anticipate turkey hunters to enjoy success rates only slightly lower than last year, when 16 percent of fall turkey hunters harvested turkeys, a great improvement from the 12 percent success rate over the previous three years. Hunter success has been as high as 21 percent (2001, a year with excellent recruitment), and as low as 4 percent (1979). The final 2008 fall take was 24,288, similar to the previous several years,” said Casalena.

The preliminary spring 2009 PA turkey kill, calculated from hunter report cards, was about 41,400; similar to last year. Additionally, during the recent spring season, hunters took 1,880 gobblers using the second tag, or “special turkey licenses.” Even though spring numbers are down from the record 49,200 in 2001, Keystone State sportsmen have consistently maintained spring numbers above 30,000 bearded turkeys since 1995, exceeding most other states in the nation.