Days Of Hunter’s Past 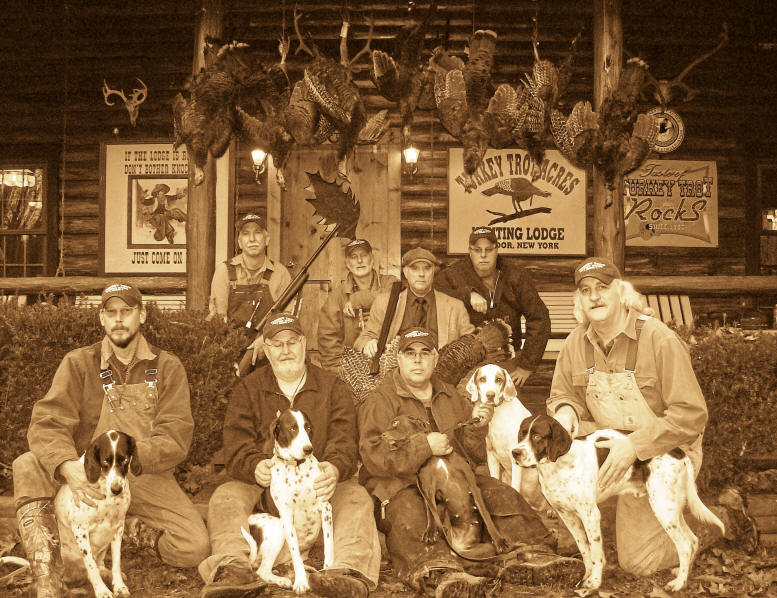 No blinds, decoys or as Clare says, “supersonic-hearing enhancers,” would be permitted. Vintage shotguns were highly approved of. While Realtree and Mossy Oak camouflage could be found on vests, boots, seat cushions and even guns, nostalgic retro garb was strongly encouraged.

The dogs found and scattered many flocks during the recent hunt. Guides and hunters called every bird taken back to the gun. Some flocks numbered in the ‘teens, along with smaller groups of 8-10 birds. Fresh scratchings indicated that roving fall turkeys were covering the hillsides. Mid-hunt, a storm front rivaling something out of The Wizard of Oz blew through and flushed some turkeys from the woods where they could be seen in the Tioga County farm fields.

The New York autumn turkey season remains open in some areas, including those Clare hunts, until Nov. 16. For more on Turkey Trot Acres, check out: www.turkeytrotacres.com/