I was admittedly skeptical when Harold Knight and David Hale first introduced the Fighting Purrs back in the early ’90s.... 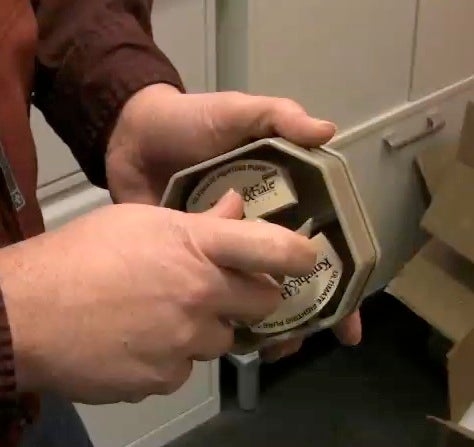 I was admittedly skeptical when Harold Knight and David Hale first introduced the Fighting Purrs back in the early ’90s. Even thought I’d read (and edited) innumerable stories on the calling system, personal success was long in coming. In fact, I pretty much scared off every gobbler I tried it on. Just when I was about to banish the Fighting Purrs from my hunting vest forever, I got a front-row seat to some real fighting purrs from some real turkeys.

The scene was fascinating to say the least and when the tough-guy bunch of six jakes decided to go to war with two adult gobblers, I knew that I would have to at least stick with the Fighting Purrs just a bit longer. No, it didn’t work every time out, but I did manage to kill turkeys with it.

New from Knight & Hale Game Calls for this spring is the Ultimate Fighting Purr call. Although it’s a plastic call (the housing is plastic), it sounds realistic and is simple to use. I’m planning on slipping one into my vest this season. Give it a quick listen. I literally pulled this call out of its box to run it.