One more for the Load

I’ve got this final shotgun load I need to shoot. I need to punctuate this great season with just one... 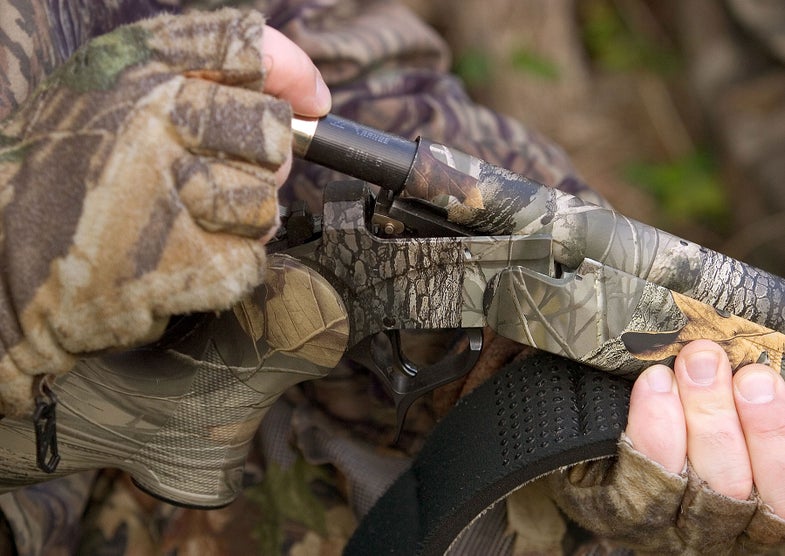 I’ve got this final shotgun load I need to shoot. I need to punctuate this great season with just one more longbeard.

Maine’s spring turkey hunt won’t end until noon on June 5, 2010. You heard right. It’s the longest running option in the country. I killed the spring season’s first longbeard back on April 3 in California, 2,500 miles from where I write this. There were memorable turkeys in other states too. With any luck my last bird will come to the season’s final setup during June’s first week. Yep, I’m milking it, but almost ready to close ‘er down. Problem is, I’m enjoying this season’s last call.

Five Maine hunts ago I struck a windy day gobbler with a box call, cut the distance, set up and waited for him to come straight to me. I picked one of two lanes he might do that in. He took the third. This gobbler stayed within 10 steps of me but somehow out of sight of my rolling eyeballs. He hammered the whole time, spitting and drumming, doing a half-circle by the end of it. Hypnotized, I spun on him, shotgun ready. This of course rarely works. I softly clucked. He hammered back at that: heard but unseen behind leaf-out. Gobbled again, and again, then he drifted. Vaporized. Game over. Why was I smiling?

Four Maine hunts ago I hunted out the morning, rising in the dark. At 11:15 a.m., after many hours in the woods, with shooting hours closing at noon, I raised the first gobbler. Then another fired up. Then they met each other in a little greened-up woods like two buddies at a local bar–on the prowl but also catching up on old times. I couldn’t close the distance to the other side of the property line. They gobbled another several dozen times before the noon bell sounded. The nap felt great.

Three Maine hunts ago I called in that bearded hen from my previous post, and we lit up the woods. Surely a gobbler would show. Surely a longbeard did not (no jake either). I did not shoot her and do not regret it. These are my catch-and-release birds. Could’ve killed ’em (all “bearded birds” are legal), but chose not to pull the trigger. I’ll live. She’ll hopefully have a brood of poults come forth soon. I call that a good thing. Can’t wait to scout that flock there this summer. Fingers crossed.

Two Maine hunts ago I let two jakes walk. Identical twins. Thought I was seeing double. Both were legal. Neither one was the turkey I wanted to kill to fill my second tag–the one left over from my opening day Maine longbeard (1-in. stickers; 10-in. beard). A couple more catch-and-release birds.
One Maine hunt ago, yesterday as I write this, I walked long and far and cold called all the way in, hammered by mosquitoes at every step. At one point, a gobbler fired up where I had been yelping 20 minutes before. My bad. Not long after, that bird was on the move. (Or was it another?) We talked for five minutes. He grew bored, yawned, and moved off. An hour later to the minute a shot came from the direction he wandered. His bad.
I’ve seen nesting hens in a half-dozen spots. Buddies have too. If this summery weather holds, and June and July stay fairly dry (knock wood), we’re looking at a New England turkey explosion.