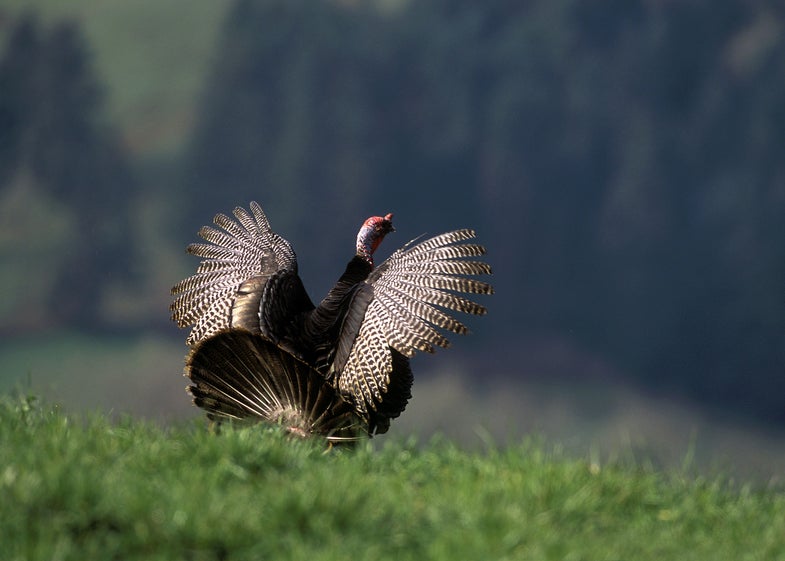 As a “lone wolf” spring gobbler hunter (dubbed so by a buddy), I often hunt and scout solo; but yeah, I also check in with and hear from friends as they report on their end of things. It’s a great time of the year; I don’t want it to end.

A couple of my buddies have been after a local longbeard that so far has proven unkillable since the May 3 opener. It lives on a hillside full of “various roosting scenarios,” as one of my friends likes to describe the place. It’s a farm, and has some of the usual fields you’d expect. Hens graze here each late spring and summer with poults, bugging on the high-protein food. There’s at least one hen nesting there right now.

These guys are hunting the same gobbler, obsessed with it.

One of the buds is a well-respected guide. He had a client, a father and 12-year-old son, in there one time last month. The longbeard worked to their setup, and not once, but four times eluded being shot. He’s been in there with other clients too.

My other bud, a veteran of the turkey woods who’s even called several times on the NWTF national stage, has also come close. He’s been sitting among hens that fired up, and thought he had the best of a situation. He thought that gobbler might strut right in. He thought wrong every time.

Just this past Saturday, May 29, he checked in. “I was in the best situation possible and still didn’t kill him,” he said. Another hen (of several more around him) had fired up, cutting and yelping not far from his setup. He just knew that gobbler would be cruising into view. Things felt right. It just never happened.

The unkillable Maine longbeard is still gobbling this late in the spring season, but often at a distance. He’s cagey, and not necessarily with the hens before (or after) fly-down time. It’s as if his survivor radar is on extreme prejudice; maybe still he’s just shifting into summer mode as the spring season winds down. Maybe it’s hunting pressure too. You see, not only have my two buds been hitting the place, but a number of other hunters as well.

Ever have an unkillable gobbler get under YOUR skin? Any advice for my two buddies? We’re closing the spring season down here in Maine, the latest running option in the country. Starting to see some brood hens and poults as well.