The problem with finding a flock of fall longbeards during pre-season scouting is that you worry somebody else might find... 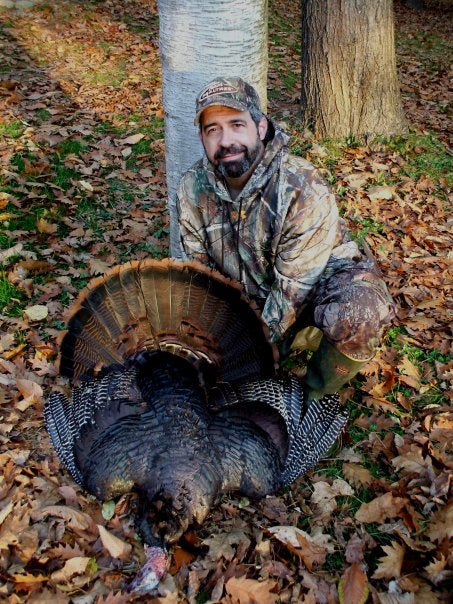 The problem with finding a flock of fall longbeards during pre-season scouting is that you worry somebody else might find them too. Then again, that’s hunting and it’s all good. Right?

Over the coming autumn weeks and months I’ll report on my fall turkey hunts near and far here at the Strut Zone. Game time approaches, but it still seems like an eternity to this longtime fall flock chaser.
Licenses and permits have been purchased. My wallet bulges with the hope of filling a few tags. I’ve studied state regulations twice or more, and filed them all for quick reference. My turkey vest is a work-in-progress as calls and other gear are added and subtracted to get that perfect balance of almost too much stuff and just enough.

I’ll be hunting fall turkeys alone and with friends. I’ll be out with my dogs (who find and flush flocks, then settle in the blind for the call back), and occasionally without them (if the situation warrants it). I’ll roll with it. I’ll go afield with the canines other buddies run on autumn flocks. That’ll be fun too.
Sometimes I’ll be trying to get birds for other buds in the turkey circle. Hopefully I’ll turn a few more “beards in the spring; antlers in the fall” guys onto the autumn turkey tradition. I’ll be sharing stories I hear along the line of other fall turkeys killed by hunting circle contacts. I’ll be sure to let you know about the ones we don’t too.

With any luck, I’ll have gobbler yelps and kee-kee-runs ringing in my ears when I try to sleep a few hours at camp.
Right now, some of those buddies report in with increasing frequency. They talk of early- and late-hatch turkey flocks, adult gobblers, of new properties to hunt, plus the same old solid public land locations. I’m out there scouting too. I can’t help it. I have to be around those flocks to feel right again.

Just last week one of my early-season goose hunting spots was covered up in pre-season turkeys, from a flock of 16 early-hatch birds to a smaller late-hatch group of nine, not to mention the two big gobblers running alone that also got my attention. Elsewhere, in another state I’ll hunt, came the report of a flock of 30 in a recently cut cornfield. These birds and many more await our attention.

But enough about my plans. I’m looking forward to hearing from all of you this fall turkey season too, from Charlie Elk out there in Wisconsin to Levi Banks over in Missouri, and the rest of you Strut Zoners around the country and overseas. We’re just one big online turkey camp as far as I’m concerned. First stop for me on the grand fall turkey tour: New York State. In the meantime, here’s a photo of a longbeard I tagged in the Empire State last fall.