There’s a lot of mistakes you can make while out chasing turkeys, but sometimes you might not be responsible for... 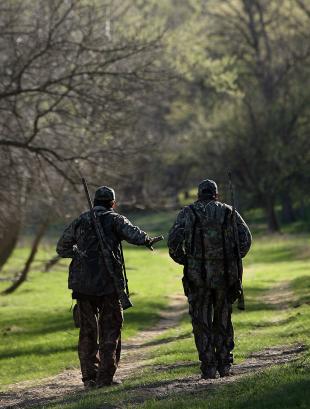 There’s a lot of mistakes you can make while out chasing turkeys, but sometimes you might not be responsible for the screw-up. Public lands, the kind a lot of us hunt, see pressure — lots of it.

You’ve successfully roosted turkeys the night before, and slinked in tight to the pre-dawn location undetected. You play the hunt out in your mind: fly down, call up, kill. This fantasy is shattered when turkeys alarm-putt then scatter. A few minutes later a couple guys walk right under the roost, looking around. Now is not the time for arguing who owned hunting rights to those birds.

Speak out clearly: “Hunter here.” Maybe then they’ll leave. Maybe they won’t. Maybe you should, and come back later. Safety is at stake now, not killing a turkey. Go have some breakfast. Go hunt another spot. Come back a little later. Sometimes disrupted plans work out.

I once arrived at “my spot” a little late only to find a truck, and a hunter coming out, quitting not long after fly-down. We talked. “Shut-mouthed birds,” he hissed. I told him my plan to go back where he’d been.

“Have at it,” he said, indicating he’d now hunt the other side of the property. I slipped in there, and raised a hot spring gobbler directly (maybe puzzling over why that guy’s hen yelping suddenly stopped?). After some cat-and-mouse maneuvers, the longbeard stepped out of the far woods and strutted all the way in.

Game’s over when you tag one.

What suggestions do you guys have for sharing public land, spring or fall, with fellow hunters?