Super hunt but no kill. Here’s the deal. I was coming off a great opening weekend over in New York... 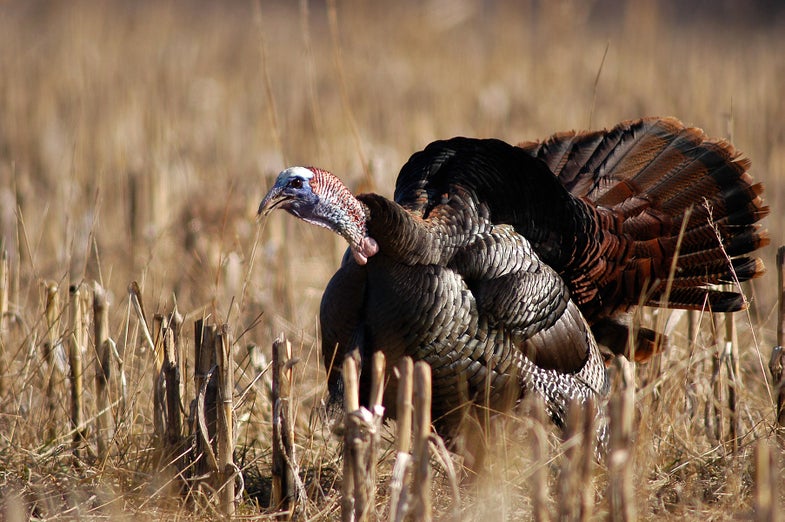 Super hunt but no kill. Here’s the deal.
I was coming off a great opening weekend over in New York State. Two tags. Two kills. Not to mention all the hunts that included working turkeys without a shot. And that excellent chili to follow back home.

You know what they say about turkey hunting though: Don’t feel sorry for anyone because it’s your turn next.
It depends on how you look at it though. We turkey hunters know it’s difficult, and come back for more. We relish all aspects of the hunt, even the drubbings. It’s all how you look it at.

For those of us who hunt the gobble as much as the gobbler, it’s a win-win. But this is a fall hunt you say. You say gobblers don’t gobble in the fall.

This one did eight times.

I eased along the field edge to listen, the air crisp and calm. About a football field off I heard a hen yelping on the roost, and that brought a smile to my face. You see I was hitting the area cold, not having scouted there at all before the season. That’s satisfying in itself.

Slipping in, I set up roughly 50 yards from this hen turkey; legal in this either-sex fall state. You see it was roosted on land I couldn’t hunt next to a farm I have off and on for two decades. Turkeys. Field geese. River ducks. This farm held a lot of meaning. Even through ownership transfered, I’d held permission.

Want to do something important today?: Thank a farmer for the land you hunt.

I hen yelped back with a mouth call to the bird I heard, and gobbler yelped on a box to check the pulse of any in the area. Sometimes fall gobblers roost just slightly away from family flocks and other mixed groups. That’s when the gobbler hammered back, roosted right along the river’s edge, maybe a couple hundred yards away.
You heard right, a gobble to rival anything in the spring. And then another. Soon I heard hen yelping and gobbler yelping (more than one?), and of course gobbling.

Around 7:10, the hen and her fly-down cackle winged into a still greened-up field (likely where she flew up from the late afternoon before), over where I still couldn’t hunt. The vocal gobbler though flew down and proceeded to gobble a half dozen more times as he marched in my direction–a river bottom flat between us.

And that’s where things got quiet for the next four hours. Strut Zoners, tell me: How is it that turkeys vanish after being so vocal, and that they beat us so soundly after promising an almost certain victory? Tell me why we want nothing more than to get right back there again.

I guess in the end I know why. It’s because we hunt the gobble.