Truth be known, I blundered into the birds. Scattered across the top of an oak ridge, the flock began their... 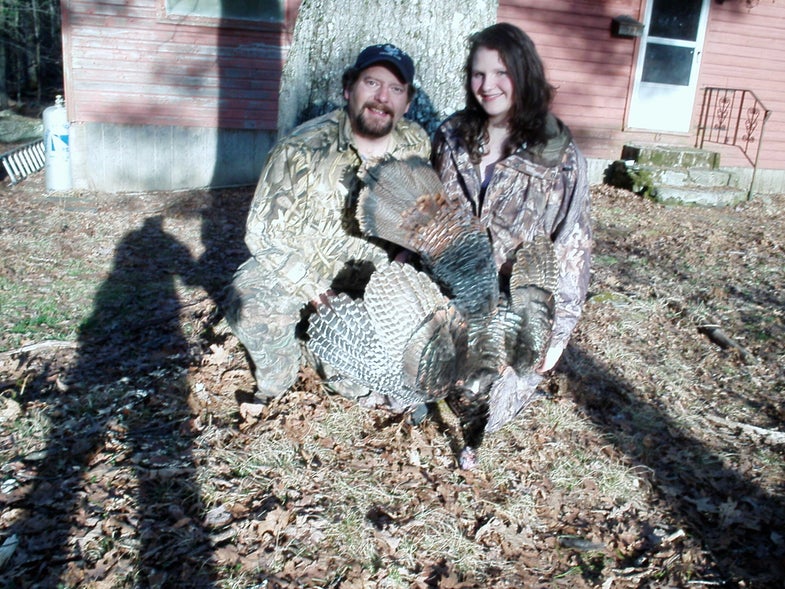 Truth be known, I blundered into the birds. Scattered across the top of an oak ridge, the flock began their morning recall just as first light filtered in from the east. In all honesty, it seemed too early. Pretty much pinned down, I took a seat, tried to get quietly comfortable and waited for the show. It was all strangely familiar and yet completely foreign at the same time. Somehow and inexplicably, I was utterly unaffected by the promise of the excitement that could soon be forthcoming. No thumping heart, no racing brain–nothing…

By the time the first bird passed by within and then out of gun range toward its scolding momma, I had figured out my non-working nervous system.

“Nothing seemed the same, because nothing was the same,” I lectured myself as the nearly full-grown poult walked off to re-acquaint itself with its family.

Indeed, it wasn’t. I was alone–shotgun in my lap. The past few years have been full of turkey hunting partners loved…lost…and found–and I’m still trying to figure it all out.

****Once you’ve hunted with a turkey dog, you’ll never hunt fall birds the same way again. My devoted buddy for 13 years, Jake was awesome. I’ve no clue how may birds he was responsible for, but it was a bunch. Putting him down was one of the hardest things I’ve ever done.

Not sure that he ever really knew it, but Tommy Cormier was my best friend–and hunting buddy–for a bunch of years. When he died tragically in an atv accident several years ago, it was as if I and all of his buds had been punched in the guts–a condition from which we’d never recover.

My daughter who’s killed two turkeys and who dearly loves hunting them. College has gotten in the way for now but I’m hoping that it’s only temporary.

I never spent a single day in the spring or fall turkey woods with my dad, but he’s nevertheless and somehow been with me on every single hunt I’ve ever been on. An Alzheimer’s sufferer, I’m really not sure that he even recognizes me anymore and yet he is with me in the woods every day.

My greatest hunting partner–ever–Kris was my confidant, love of my life, favorite person to ever spend time in the woods with. I miss her most of all.