I asked guys in my hunting circle what they were looking for under the gift tree this year. Here’s what... 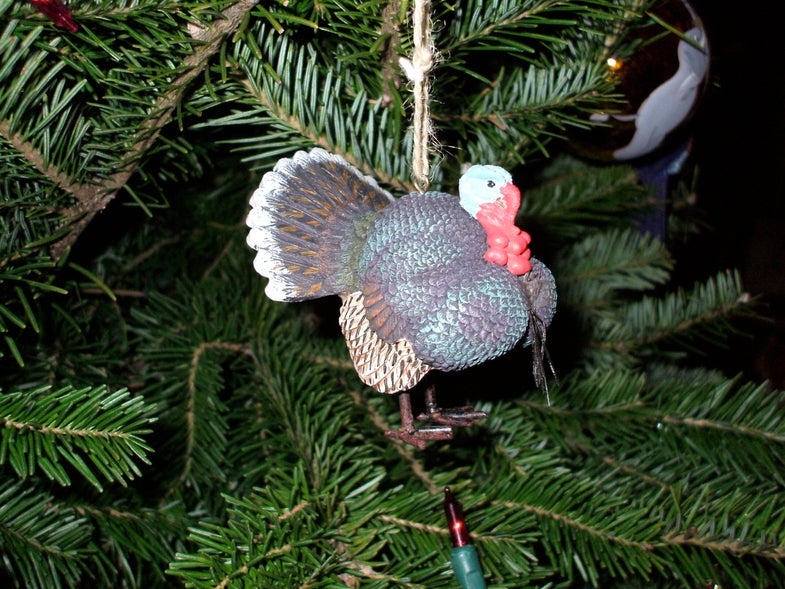 I asked guys in my hunting circle what they were looking for under the gift tree this year. Here’s what they said. Maybe it will give you a few ideas.

Ron Magnano, a dog man and fall turkey hunter, said he wants GPS collars for his dogs, and that he needs three!

Dennis Jellison, Mainer and English setter man — I put my Radar on his released pheasants when my setter boy was a pup — says he needs “a great predator call” for coyote control.

Jim McNeil, a fine custom turkey callmaker in his own right, says he wants: (1) A Dave Constantine carved hen decoy, (2) Earl Mickel’s first book on callmakers [wish I had that one too!], (3) A Neil Cost slate, and (4) a new gun sling.

Bob Humphrey, Maine guide, biologist and writer, says: “I want a Turkey Tool.” The gift he has in mind is: “a ‘multi-tool’ device, actually 12 tools in one, including a universal choke-tube wrench, and windage and elevation tool (a.k.a. screwdriver), brush and game saw, pin punch, beard and spur ruler — and yes, it even has a knife. The ballistic nylon sheath comes apart, and when combined with the carry hook, becomes a comfortable turkey tote; $39.99 from Avid Design.” Check it out at: www.turkeytool.com

Stuart Littlefield, a hardcore hunter — who once took me to the best barbeque place in Kansas City, Kansas during the Outdoor Life “Road Trip” tour at Cabela’s — says he wants: “a classic book.” Either: “Use Enough Gun,” [Robert Ruark], “Hell I Was There!” [Elmer Keith], or “The Best of Jack O’Connor.” That’s old-school writing for sure, but of the lasting sort …

My good buddy Will Brantley — hunter, angler, editor, writer and game cook — is looking for an electric smoker.