There’s really no cure for the wild turkey addiction. Scouting before spring seasons open months from now is as much... 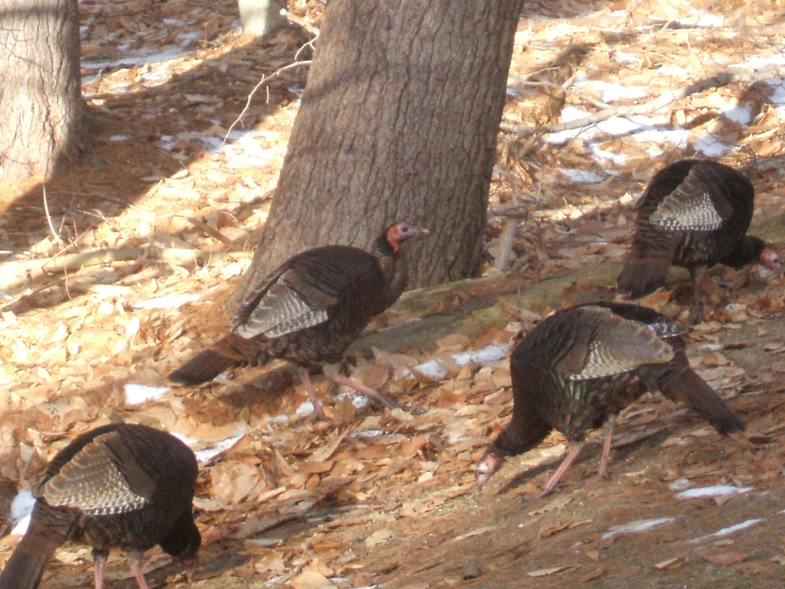 There’s really no cure for the wild turkey addiction.

Scouting before spring seasons open months from now is as much a part of the hunt as the actual deal closer with a killing shot in range. I like to get out early and often, if only to set my mind in the right direction: opening day.

Of course turkeys you find won’t necessarily be there months from now. Good habitats will hold them though, and see fresh birds arrive. Just this morning, I checked out the woods and fields where an opening day 2010 Maine longbeard wore my tag. I’d been in an Arkansas pit blind hunting waterfowl this week, and needed to reconnect with the local turkeys on my return home.

What did I find? A turkey flock recently located some acorns on an oak ridge I checked out, and deer too, as have the squirrels. I’ve found the same thing going on in other spots.

I’ve also seen flocks a half-mile to several miles away, hitting food sources (spread manure on the turkey “hot-lunch” program here in the Snow Belt, and another at a backyard bird feeder, making like giant chickadees). I snapped the attached photo of some January Maine jakes as they worked their way toward spring.

These turkeys, and others, will break up in a few months, and begin to establish breeding ranges: a hen or two here (and sometimes many more), and gobblers following along too.

What’s happening where you guys read this? Let us know now, and in the future months as spring approaches. Scouting reports are the next best thing to being there, and hunting gobblers come spring.