A New Girl in Town

My opening day 2010 Kentucky longbeard came running to the Avian X LCD prototype hen decoy. I can only imagine... 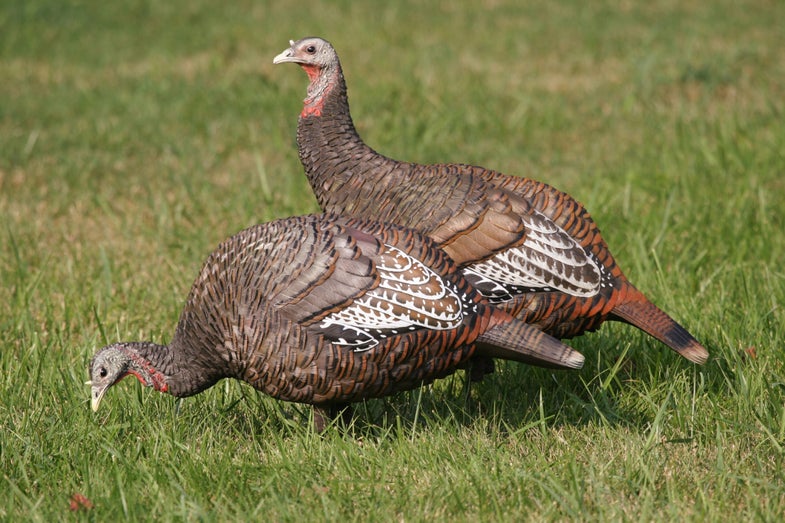 My opening day 2010 Kentucky longbeard came running to the Avian X LCD prototype hen decoy. I can only imagine what the finished product will do.

That statement probably comes as a surprise to some of my longtime turkey buds. If my time wild turkey hunting proves anything, I’m not much of a decoy guy. Maybe I’m too much of a run-and-gun type. Maybe I just don’t have much confidence in them. Maybe a little of both and then some. Sure, I’ve occasionally used them over the many years. I just tend not to …

Still, when you drop a big Bluegrass longbeard with sharp spurs over a hen fake (and full-strut gobbler deke) as I did last year, even if that female turkey is a prototype, you have to think: Maybe I should include them more in my turkey setups.

Fast forward to January 2011. Just in time for this year’s winter outdoor shows and coming spring turkey seasons, ZINK Calls has made the final version of that prototype I used last year available: the Avian X LCD.

Are you a decoy-toting turkey chaser? The Avian X LCD is so lifelike (and collapsible for easy carry) you’ll want to use it in both the spring and fall turkey woods.

Now while it’s true longbeards rarely run to my decoys the way they do in some videos, I might just give this one a second chance in the coming season. Stay tuned.

For a quick look at the just released “Turkey Time III” video, and the new Avian X LCD, check out: www.zinkcalls.com