I resolve to do something with all these beards, spurs and fans before I hunt the first of many spring... 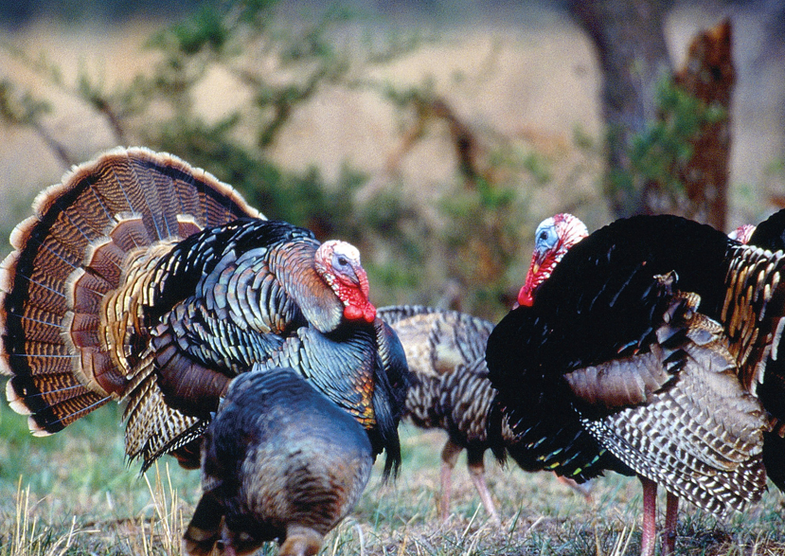 I resolve to do something with all these beards, spurs and fans before I hunt the first of many spring turkey states this year. Throwing them out is not an option.

I resolve to sit tight another five minutes, just when I think that spring gobbler isn’t coming, just to avoid hearing him flush behind me when I stand up to leave too early. Maybe a new seat cushion would help.

I resolve to chill out and smile to myself when the gobbler I should have repositioned on goes even further in the other direction. Hey, you can’t kill ’em all. This deal isn’t fishing bait and bobbers for panfish with your kid, though that’s fun too on a summer day between turkey seasons. Turkey hunting is tough. That’s why it’s so gratifying when you do close the deal.

I resolve to hunt hard, and in as many spring turkey states as humanly possible, but also to be a good family man, daddy and husband on downtime when I’m not.

I resolve to try and call spring gobblers into drop-dead range, and not try to snipe them at iffy distances. Boom. Down. Game over.

I resolve to accept the inevitable “tag soup” that might follow hunting in a distant state, especially if it’s a short hunt, with limited options. The people and the places you visit are important too.

I resolve to write a little note to go with tags (punched or not) to tell the story of the particular turkey hunt years later when I read through my box of old hunting licenses and permits.

I resolve to say “It’s all good,” kill or no kill, rain or shine, hot or cold, vocal gobblers or shut-mouthed birds, because any time in the turkey woods beats almost anything else. Almost anything.

What’s your turkey resolution for the 2011 calendar year?