He won it in 2007 and now he’s done it again. This past weekend, Shane Hendershot nailed down the Grand... 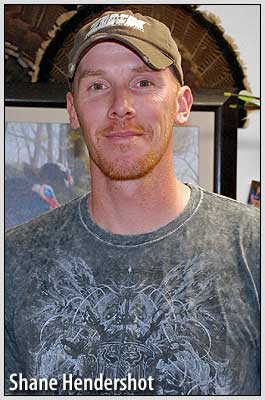 “It feels even better this time than it did when I won in 2007,” said Hendershot, an Ohioan and ZINK Calls pro. “I started practicing two months earlier than normal this year. I’ve changed some things up with my calling and taken some chances with difficult turkey sounds. I like to go big or go home and this year it worked.”

For other updates on the recently concluded NWTF National Convention click here.