Turkeys That Beat Us

Like you guys, I take satisfaction in the spring gobblers I’ve fooled into range and the fall turkeys that came... 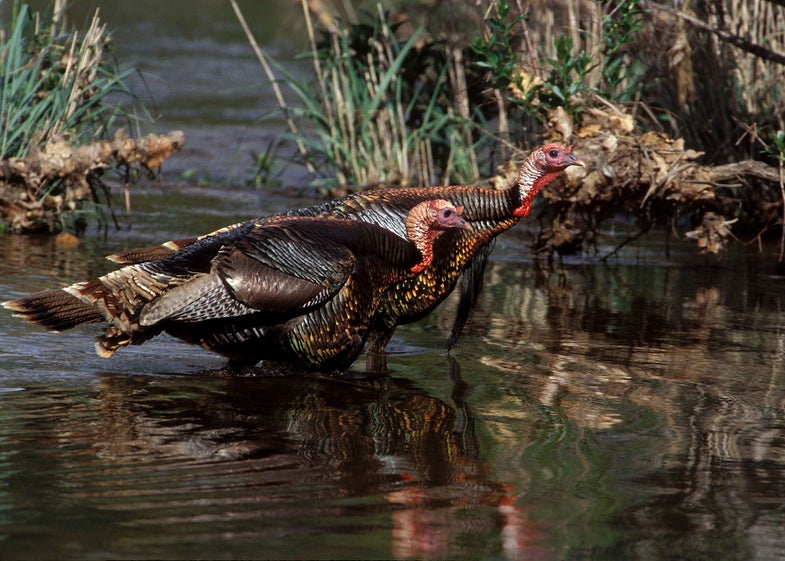 Like you guys, I take satisfaction in the spring gobblers I’ve fooled into range and the fall turkeys that came home in the back of my field vest. But it’s the ones that beat me that really stir the memories. What did I do wrong? I often wonder. How did that bird slip away when I almost had it by the feet?

Like the first one I ever shot at, a Pennsylvania fall turkey. It was one of a huge flock that suddenly appeared downhill in range while hunting those endless ridges during my teenage years. I can see them now.

The bird shuddered, dropped, was down. Success!

Or so I thought. As I moved toward it though, that turkey gathered enough strength to take wing and sail down the hollow. We looked for hours, my brother Dave and I, until it was time to head down the hill to the house. I felt sick. Still do a little and that was decades ago.

That turkey changed my life. Made me obsessed. This wasn’t easy. Wild turkeys were tough birds to kill. They slip through brush. They fly across deep rivers. Sometimes I even think they walk on water.

Over the years, a number of turkeys around the country have come home with me. Boom. Down. Dead birds. Many, many more have found a way to slip away, sneak off, and even seemingly vaporize, even when I had them mentally roasted. I only missed one last year, the first gobbler I shot at that spring season (California; I later killed one that morning), but I know that deal isn’t done.

Other birds have found a way to be in range but avoid a shot by having a tree between their head and neck, and my shotgun muzzle. Still others have come in too tightly bunched to risk pulling the trigger, so I let them walk (a wad of 2010 New York fall “super jakes” with 7-inch beards immediately come to mind).

You’ve had turkeys slip away too, no doubt. Gobblers that still haunt you. What bird comes to mind when you think about getting beaten in the turkey woods? What turkey didn’t let you sleep that night after fooling you at your own game, and still may not? Did you name that tough turkey?