You saw it on the national news: wind, rain, lighting, hail and tornado warnings. My buds and I turkey hunted... 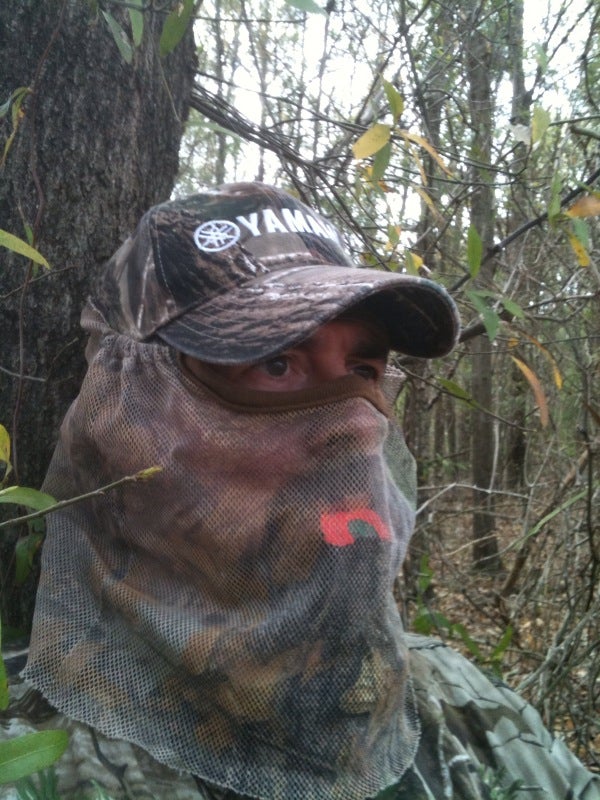 You saw it on the national news: wind, rain, lighting, hail and tornado warnings. My buds and I turkey hunted in it. Survived it. Came back with stories to tell. Like the opening day setup that seemed too good to be true — and was.

The dominant longbearded strutter flew down easily inside 100 yards, joined by a jake. Other turkeys followed: hens and three gobblers from across the field, hustling in, beards bouncing. Safety off as the longbeard I wanted approached the killing zone. We called and they came, right down my shotgun barrel. Just as I was about to lock in and fire on that big gobbler’s head, we heard alarm putting and saw turkeys pitching into the trees.

In strolled a coyote, grinning. At 10 steps, he studied our location too, then trotted off, having busted up our hunt. Within the hour, the turkeys regrouped, walked off, never to be seen again. Game over.

Here’s my question Strut Zoners: What would you have done? Shoot the ‘yote and end the turkey hunt? Do what we did and hang in there for possible redemption? We opted for the latter. It never came with that bunch of turkeys. But hunting camps often have an upside, a mix of wins and losses, agonizing close calls and sure thing kills.

During the course of the four days (two travel; 2.5 hunting) four longbeards were taken in our Georgia camp. Two of them had double beards. On the last morning, my friend Van Holmes and I were out again after it rained hard all night but promised a little window of opportunity. We hit the woods at o-dark-thirty to get on some roosted gobblers.

I set up in the creek bottom not far from my Yamaha Outdoors hunting buddy — with whom I’ve shared turkey hunts in Texas, California and now Georgia, plus Arkansas waterfowl blinds — along with Pine Ridge Hunting Plantation’s owner Dan Giles.

We had the gobbler duo surrounded, or so we thought. One turkey, silent as the drizzly dawn broke, flew down, but to another tree above me, 50-plus yards away. The other gobbler hammered behind me and started coming. The treed bird, craned his neck every time the other turkey cleared his throat. He seemed to be waiting for that bird to join him. It seemed like the perfect deal: gobbler coming in behind me; longbeard above me and out in front, likely to fly down.

And then the longbeard out in front flew down, banked, and landed — just on the other side of shotgun range. There he worked in a half-circle, always outside the killing zone, waiting for the other gobbler to join him.

Closer and closer that loudmouthed bird came. And when that other gobbler that would surely pass by my right shoulder into range didn’t, but stayed in the creek bottom, the longbeard in front of me eased in that direction and out of my view. I heard the gobbler yelp a greeting to his buddy, both behind me now, and off they walked.

“Tommed-up toms,” Holmes later grinned, joking about the common “henned-up” complaint we issue at times. Turkey or no turkey, that was a good final hunt to keep me hungry for the spring states to come . . .

In the meantime, check out the video I shot in Georgia of my buddy Bob Humphrey, biologist and Outdoor Life contributor, on how to make an easy turkey fan wall mount.