As a teenager growing up in north-central Pennsylvania’s turkey country, I remember a group of men huddling together, discussing something... 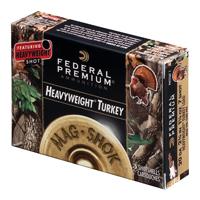 As a teenager growing up in north-central Pennsylvania’s turkey country, I remember a group of men huddling together, discussing something of hushed interest, a conversation of which I caught snatches. I’d started turkey hunting at age 12, the legal PA age and was interested to eavesdrop . . .

You see, somebody had missed a turkey; not missed, but hit it and lost it. Crippled it without recovery. Somebody was having a tough time with not killing that bird and wondering what went wrong. Alibis were floated on the air. Somebody said something about a 16 gauge, and still somebody else said: “It takes a lot to kill a wild turkey.”
Just sayin’.

Let’s be honest though: small-bore shotguns used for wild turkeys have an upside. As introducing women and kids to our tradition goes (a good thing) such firearms have reduced recoil and are generally lighter to carry afield. The loads are necessarily smaller. Now while I’m a tried-and-true 12-gauge guy in the turkey woods (who has dabbled in all other areas if only to write about my misadventures, including archery), I do have to admit a few things:

My wife killed her first turkey with a 20 gauge, and it dropped dead as a sack of laundry.

Guys my age (and older) are now switching up to the lighter recoil options (as shoulders soften up and such), and yep, killing birds too. The outdoor industry has followed the trend, and introduced shotshell options. Of late, Federal Premium® Ammunition has a new Mag-Shok® HEAVYWEIGHT® turkey load (all caps are theirs). The 20-gauge, 2 and 3/4-inch shells are currently available for 2011 spring turkey season. Information from Federal includes the following talking points:

These shells provide 40% less recoil than 3-inch loads, but remain just as lethal in the field. The payload of 250 #7 HEAVYWEIGHT pellets equals the energy of #5 lead at 40 yards.

The muzzle velocity is perfect for down-range performance at 1100 feet-per-second. And the rear-braking FLITECONTROL® wad delivers tight patterns for added lethality.

One editorial note: Some states don’t permit the use of such small shot for wild turkeys, so be sure to check your regulations. The range typically falls between #4s and #6s. Good news is, Federal Premium does offer other turkey loads in those pellet sizes.

I’m curious though, for the sake of discussion: Are you guys 12-gauge purists like me, or do you take a walk on the small-bore side? What’s your opinion of using smaller shot for turkeys where legal? (For the record, I favor a #5 or #6 load.)

Is #7 shot legal where you turkey hunt? If so, want try some? Want some incentive? Federal Premium is giving away a free hat and offering cash back on the purchase of any Mag-Shok turkey load. For more information on this new turkey load, the promotional effort and additional Mag-Shok offerings, go to: www.federalpremium.com.