Yelp Like a Gobbler To Call in Late-Season Birds

Late-season gobblers are tough. They’ve heard trucks pull into the same parking areas at the same pre-dawn time for weeks... 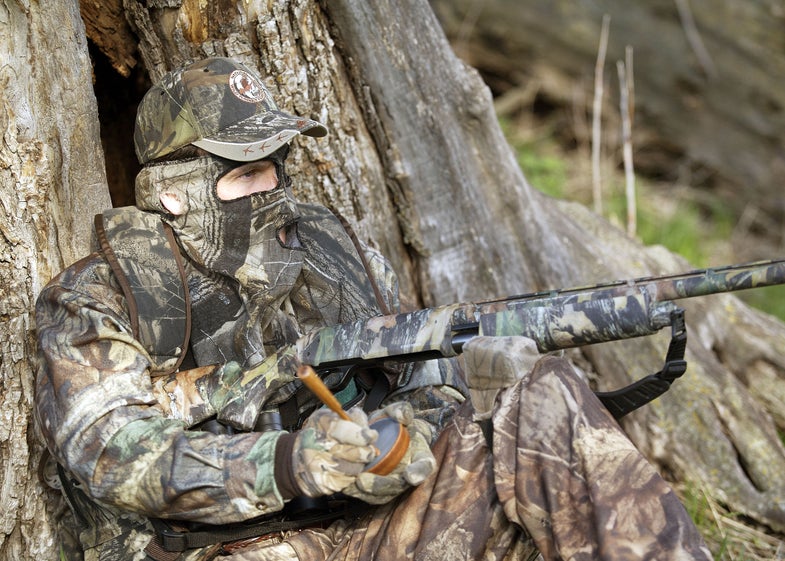 They’ve heard trucks pull into the same parking areas at the same pre-dawn time for weeks on end. These survivor birds have likely been spooked during daytime hunts, possibly shot at and missed, and if they’ve been breeding hard, the desire might now be subsiding a bit.

The hens they were with are possibly nesting, while some are still actively breeding. Sure enough, the gobblers might still be looking for company of the female turkey kind. Then again, they may just want to hang with their feathered male buds as they will all summer into fall.

True enough to seasonal trends, they’re forming gobbler gangs right now in some areas of the country. As a result, if turkey opportunities are still open where you read this, you should seriously consider calling them the same way you might in fall.

Yelping like a gobbler, the deep, coarse, three-noted “yawp, yawp, yawp” sound they make in addition to the robust gobble and muted cluck, can turn a male bird your way. At least some of the time . . .

Years ago, on a showery Memorial Day in New Hampshire, I slipped down a game trail, deep into the greened-up woods where I’d try to locate a late-season gobbler.

Soon enough I saw a splash of red and a black turkey-shaped body in the middle of it, a gobbler less than 100 yards away. Needing no more evidence than that, I set up.

“Yawp, yawp, yawp,” I called on the old slate. I waited. Waited some more. Maybe a minute or two later I heard an echo of my call, just on the field edge in front of me: “yawp, yawp, yawp.” I readied my shotgun. Waited. Waited some more. Then, hard to my right, the gobbler fish-hooked in from the field, mincing steps to my position. It passed behind a broad oak, and when the bird stepped out, I dropped it.

Maine’s turkey season closes at noon on June 4. New Hampshire, Vermont and New York conclude May 31 at the same midday hour. There’s still some turkey hunting available out there. Consider yelping like a gobbler to pull one in.

What calling tactics do you use for late-season gobblers?