Should Hunters be Worried About Declining Turkey Populations?

Throughout the 1990s and into 2000, the news for turkey hunters seemed to just get better and better, with skyrocketing... 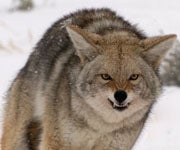 Throughout the 1990s and into 2000, the news for turkey hunters seemed to just get better and better, with skyrocketing turkey populations. But in the last decade, turkey populations in many states have dropped, and with that so have record harvests. Arkansas and Mississippi are off by as much as 40 percent from record years; the wild-turkey mecca of Missouri is down by 30 percent; Ohio, 30 percent; South Carolina, 33 percent; and numerous other states are enduring what appears to be a 10-year decline in population numbers and harvests. The number of problem areas has both biologists and hunters taking note.

Reasons for the Decline
One cause for the drop was inevitable. Turkey restoration has come to an end and the birds are no longer being trapped and transferred to new areas.

“When restoration efforts were in full swing, we were dropping birds into new areas and no hunting was allowed for several years until those populations were established,” says Robert Abernethy, assistant vice president of agency programs with the NWTF. “All of a sudden a new area would open to hunting and, boom, you might have 300 birds killed in a place where no modern harvest had ever occurred.” With turkeys now inhabiting the majority of available habitat, there are fewer opportunities for harvest numbers to get such sudden boosts.

Of more significance in many states is the weather. Cool temps and rainy weather in May and June, when clutches are hatching, kills the poults. Turkey poults need warm weather in their first few weeks to survive, and in recent years, many states haven’t seen that.

Increasing populations of coyotes and other predators also account for some of the damage, and loss of habitat from development in rural areas is also to blame.

New Reality
As biologists and wildlife officials continue to examine the causes for some of the declines, Abernethy says the one thing hunters can do is work to improve the existing turkey habitat.

“You can’t do anything about the weather, and there’s a limit to how much you can manage predators, but if you have good habitat, turkeys should be able to tolerate predation and other fluctuations,” Abernethy says. More modest population levels may be the new reality for modern turkey hunters.