Kill a Jake or Eat a Turkey Tag?

Everybody in turkey camp has filled their tags on longbeards except one guy. He’s working hard just to find gobblers... 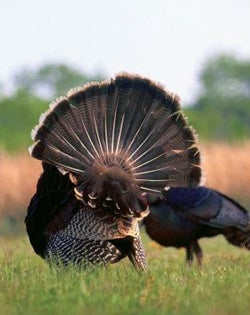 Everybody in turkey camp has filled their tags on longbeards except one guy. He’s working hard just to find gobblers let alone adult birds. A juvenile jake turkey walks into range. Should he shoot it? Would you?

Biologists around the country are likely to tell you there’s no reason not to take a shortbeard:

–They’re legal in most states but not all (always check your regulations).
–They’re damn good eating.
–They’ll sometimes even gobble well, especially late in the season as pecking order continues to shift.

So what’s the shame in dumping a jake?

Well for one, we’re all primed to hunt and tag two-year-old longbeards or older. The articles we read, the camp conversations, outdoor TV and so on, often suggest you’re lame if you put the smackdown on a shortbeard.

Jakes are for young hunters and newbies, some say. Others reply: “You can’t eat the beard.” These are the guys who are happy with a little ol’ spikehorn in deer camp. They’re just content to have some venison or turkey meat for the freezer.

It’s getting later in the spring turkey season for some of you. Maybe the last day is on the horizon if you live down south. Do you pull the trigger on a jake in range, or do you let that bird walk into adulthood and eat that tag with barbecue sauce?