Spring Turkey Season Winding Down; Are Birds Still Working Where You Hunt?

The most recent gobbler kill in my turkey hunting circle of friends went down this past weekend. Reports from around... 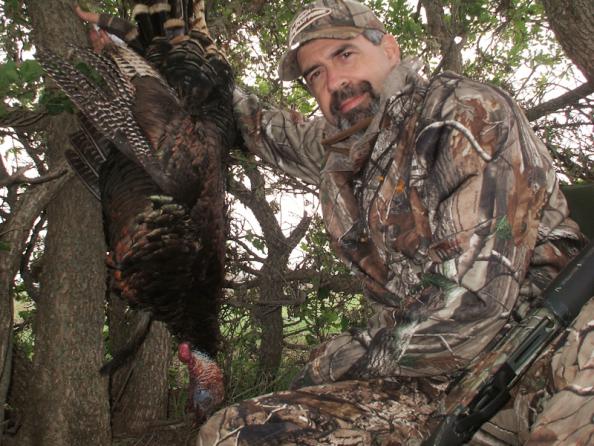 The most recent gobbler kill in my turkey hunting circle of friends went down this past weekend.

Reports from around the country where spring turkey seasons remain open indicate birds are still gobbling hard and getting grilled on outdoor decks. Personally, I’m still out there too, carrying my second Maine tag as a bonus ticket to the show after killing a longbeard back on the opener.

Nebraska, Pennsylvania, New York, Vermont and New Hampshire spring turkey seasons end May 31. Maine doesn’t close until noon on Saturday, June 2. Some of us want to make it last.

So what kind of a season has it been? By all accounts, the “junk science” rumors of a mild nationwide winter causing early wild turkey breeding and making gobblers done before seasons even started now seems clearly unfounded, suggested in the “Strut Zone” back in March: (see the post here).

As a for instance, my Oklahoma turkey camp saw a dozen hunters kill 13 longbeards (two were mine). Many, if not all, came to calling with traditional strategies from the usual setups. Clearly nothing was off or amiss — unless you could ask the dead turkeys. One is pictured here.

My Nebraska camp was also a slam dunk as finding willing gobblers and filling tags goes. A half-dozen of us took 14 longbeards (I killed a couple; called in another for a bud). Yep, we ate well in camp and felt like turkey hunting superheros.

My hunts in other states, and just recently in New Hampshire’s Connecticut River Valley, revealed much. I called in a brood hen with fuzzy poults. I bumped a nesting hen and apologized to the non-English-speaking wild bird, leaving the area directly. I also worked gobblers with hens and gobblers running alone.

I’m still carrying that tag. You could say it was business as usual in the spring turkey world. If anything the mild winter we experienced helped turkey survival — not including the ones we enjoyed as fried turkey nuggets.

Here’s hoping you made some good memories too.