Turkey Hunting: Tips and Tactics from the Masters

Long before hunting wild turkeys became the second-­most-popular form of hunting, calling a spring gobbler to the gun was a... 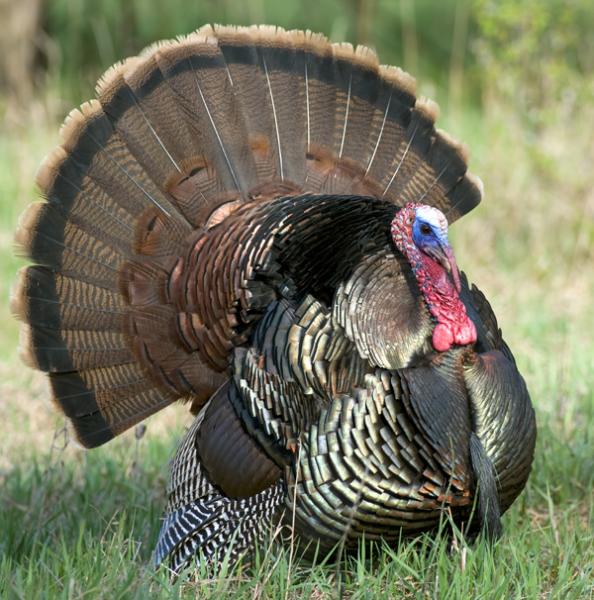 Long before hunting wild turkeys became the second-­most-popular form of hunting, calling a spring gobbler to the gun was a pursuit understood by very few. This only added to the mystique surrounding the men who patiently roamed big woods looking for the rare chance to engage a wild turkey and the even rarer opportunity to walk out of the woods with one slung over his shoulder.

While much has changed in the world of turkey hunting since those early days, some of the tactics the old masters used to bag gobblers back then are still among the very best tactics to use today. That’s why we sought out three of the best who were willing to share their wisdom–tricks that work when nothing else will.

A lot of sportsmen today have developed a love for turkey hunting that is most clearly rooted in their enjoyment of working a call. But too much emphasis has been put on calling, and from that a run-and-gun mentality has emerged, says Kelly, 85, who wrote the preeminent book on turkey hunting, Tenth Legion, in 1973.

“I don’t believe yelping or calling is more than 30 percent of turkey hunting,” says Kelly. “It’s really such a small part of being successful.” Too many hunters, he explains, simply start out walking and calling, and as soon as they hear a bird gobble, they drop down by the nearest tree and try to call him in. Unbeknownst to most of those hunters, their hunt is already doomed and no amount of good calling is going to work for them.

As a retired forester who spent more than 40 years hunting the woods of his native Alabama, Kelly says the best way to learn a property is to walk it. Sure, today’s high-tech aerial photos can be of use, but actually walking a forest–the trails and stream sides–to see how a turkey will use the terrain is vital. Terrain can change from year to year, as well as when forests are cut or groups of trees fall down in storms. Water in swamps and creeks can ebb and flow with the rain. And a field that was open for strutting last year, for example, may have gone unmowed, making it less attractive to birds. Although wild turkeys do fly over creeks and fences and go around blowdowns or thick cover during normal travel, they’re often reluctant to cross such barriers when responding to a hen’s calls. Kelly recommends walking the terrain to become intimate with potential obstacles–creeks, fences, thick tangles of brush, blowdowns, steep hillsides, anything that might impede a bird’s approach to your calls. Then keep them in mind each time you set up.

If a tom gobbles and you know there is an obstacle such as a stream or fence between you, don’t just plop down and hope for the best. If necessary, back out of the area and circle around, putting yourself on the same side of the object or terrain feature as the gobbler.

“You have to make it as easy as possible for that tom to come to you,” says Kelly. Where you set up is critical, but the best time of the season is as well, and Kelly’s advice runs counter to most modern turkey hunting philosophy.

“If you gave me only two weeks in the season to hunt, I would take the last two,” says the legend. “Everyone else has given up. But that gobbler still wants to breed.

South Carolinian and former Turkey Call magazine editor Gene Smith, 79, was writing about turkey hunting and teaching hunters how to score on gobblers long before it was popular. He joined the National Wild Turkey Federation and edited their flagship publication when the organization was just starting out, but his first actual turkey hunting experience took place in Florida, where he worked for the state game commission.

“I shot my first turkey in the fall of 1967, when I was about 34 years old,” says Smith. “I started spring hunting in 1969 with a biologist for the Florida Game and Fish Commission, David Swindell. He was a true mentor, and the first guy I ever met who owned a turkey call.” When Smith joined up with the NWTF in 1976, he suddenly found himself surrounded by an entire team of mentors, and his turkey hunting education accelerated. One of the most valuable bits of turkey hunting know-how he ever learned was from former and longtime NWTF CEO Rob Keck.

It was Keck who taught him the importance of creating the perfect setup, and that the key is sitting in a spot and facing the direction the bird is most likely to approach from. And that isn’t always in the same direction from which the bird is gobbling. In some ways, it’s like Kelly’s suggestion to learn where the obstacles are in the woods, but in this instance, it’s more about identifying within a certain radius where obstacles aren’t.

“A hunter has to survey the terrain immediately around him to determine which way the bird will want to walk,” Smith says. That means identifying a gap in a fence, or an open lane through thick brush or cover, or even a brow in a field that will allow a bird to stay hidden as it approaches, poking only its head up to survey what lies ahead. In big woods, gobblers seldom stroll straight in, choosing instead to glide behind large trees and peeking around them as they get closer to where the calls are coming from. Ultimately, though, the approach has to be hassle-free, allowing a tom to approach in strut and providing the illusion that he can spot possible danger.

Once you’ve picked out a likely approach, set up with that spot slightly off your left shoulder (your right shoulder if you’re a lefty), so you can swing your shotgun more easily to the right or the left should the tom deviate from the anticipated path. If possible, set up against a tree wider than your shoulders both for safety from a possible hunter’s approach from behind and to keep your silhouette hidden from the approaching tom. Trust your camo, sit still, and don’t set up in brush so thick you can’t swing your gun. In fact, sometimes you shouldn’t even sit.

“If necessary, stand up against a tree. Don’t sit down,” says Smith. “If there is low brush or a slight rise, standing may help you see that turkey better and give you a cleaner shot.

Johnny Keesee: Change It Up

former Mississippi cotton farmer, Johnny Keesee, 68, says a hunter has to be able to read a bird and adjust his approach accordingly.

His first turkey hunting mentor, the late Newton McWilliams, was an old-school type who would yelp three times on his Lynch box call and not call again for 30 or 40 minutes. McWilliams killed a lot of birds that way. Keesee’s next teacher, a contemporary of his, Jim Humber, was much more active in his approach–quickly closing the gap on a gobbling bird, calling more aggressively, and getting up and moving if a bird was still a long way off. He also killed a lot of birds. Through both of them, Keesee came to understand the importance of reading a bird’s mood and adjusting his tactics accordingly.

His goal each hunting day is to set up as close to a roosted tom as possible (ideally, within 100 yards) to minimize interaction with interloping hens. He will then wait until the tom gobbles before making soft tree calls. That’s the McWilliams influence working. But if the first birds he hears are competing hens in the trees around him, he says, he’ll start “hammering” the call, working to stay a notch above in volume and intensity. That’s the Humber influence.

“I want to be the dominant hen,” Keesee says. His hope is to get the boss hen or the gobbler–or both–to pitch down nearby. Sometimes, the gobbler can’t stand it and drops down earlier. If no hens are present and the tom responds, Keesee is content to let the tom fly down and work his way in.