Turkey Hunting: 4 Ways to Get Skunked

I spent last week calling in vain to north Texas Rio Grande toms. Rios are supposed to be dumb, Texas... 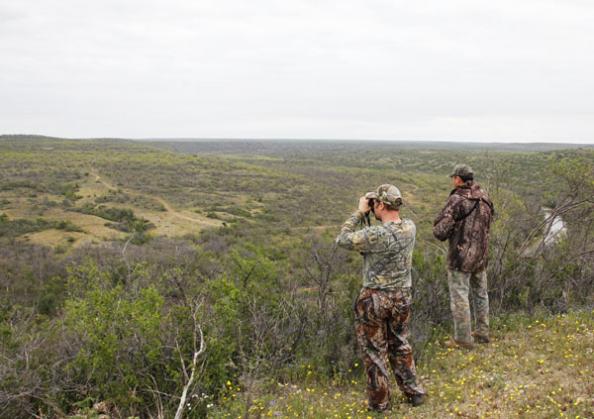 I spent last week calling in vain to north Texas Rio Grande toms. Rios are supposed to be dumb, Texas is supposed to be full of turkeys and the hunt (a media event deal with guides and a cushy lodge) was supposed to be a two-bird slam dunk. Wrong.

Longbeards were tough to come by and the ones we could locate rarely responded to calls. By ambushing fly-down areas and strut zones, all of us got lucky and were still able to kill a turkey (though another hunter and I took birds with scrawny beards) but it wasn’t easy. Waiting for hours to hear even a distant gobble did give me some time to think about all the road blocks in turkey hunting. Usually it’s not one factor that keeps you from getting your bird, but a series of unfortunate events. Here’s what hamstrung us in Texas. Tell us about your biggest turkey hunting headaches in the comments section below.

1) Bad Hatch
There’s not much you can do about this one. A bad hatch two and/or three years ago is going to put fewer longbeards in the roost. Texas is in the middle of an epic three-year drought and even though the ranch we were hunting had a good hatch last year, it had a weak hatch the year before. That meant a lot of jakes and few toms.

2) Weird Weather
Two days before we arrived the mercury dropped from 90 degrees to 30 degrees. As you can probably guess, the gobbling and breeding activity just about flatlined. The temperature eventually warmed up, but the wind kicked up making it hard to hear gobbling (the scant gabbling that there was) and also made it harder for gobblers to hear us.

3) Coyotes
There’s nothing worse than having your setup get blown by coyotes. On the second evening of the hunt (it’s legal to hunt all day for turkeys in Texas) I waited in ambush for a gobbler returning to the roost. The guides had seen this bird return to the same tree every night for weeks. All I had to do was wait quietly and not spook him. And then … the coyotes came. The gobbler never showed up.

4) Non-Responsive Toms
The best caller in the world can’t make a turkey come in if it doesn’t want to. Multiple times we caught a solo gobbler in the distance during the middle of the morning. We would get a little closer and call only for him to walk off nonchalantly every time. When the longbeards act like this, your best bet is to try and ambush them at travel corridors near roost sites and strut zones – and hope to get really lucky.