Why Some Turkey Hunting Regulations Should Change

After being ignored and insulted by henned-up gobblers for two straight days, my fortunes were bound to change–but I was... 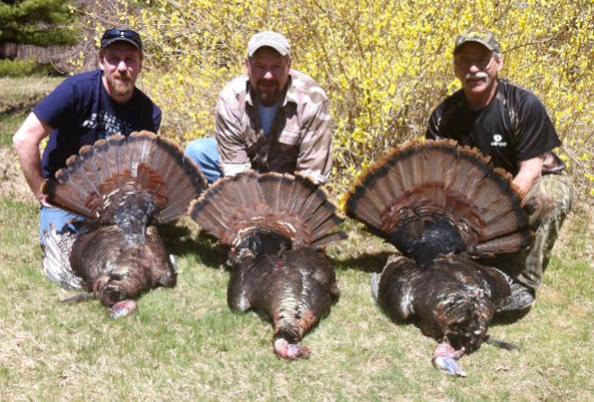 After being ignored and insulted by henned-up gobblers for two straight days, my fortunes were bound to change–but I was running out of time. It was 11:30 and we had to quit hunting at noon. I guess that’s why I love spring turkey hunting, though. The agony of defeat can turn into the thrill of victory at the yelp of a box call.

Indeed, I yelped and cutt on my boat paddle as turkey time frittered away. Two birds jumped on it and the pair were within shotgun range in 5 minutes. The strutter brought up the rear and I dumped him at 40 yards. His sub-dominant running buddy, sensing a drastic change in the pecking order, stepped back at the shotgun report before gobbling in the face of his fallen foe. He gobbled again at the flopping in the leaves and once more when I yelped at him while standing up in plain sight.

As odd as that tom’s behavior seemed, it’s actually a fairly common occurrence. What struck me, though, was how easy it would have been to fill both my spring tags–if regulations allowed. I no sooner got back to camp when hunting buddy, Ralph Stuart, texted me to say that he had just filled both his spring gobbler tags on his first setup that morning. It left me wondering why some states restrict hunters to one turkey per day until the season limit is reached. On its face, there doesn’t seem to be any biological basis for this regulation and it seems a bit antiquated.

“I can only assume it was originally enacted simply to limit a guy’s success and give the birds a chance to wise up and avoid getting shot again, or that by only letting him kill one on a particular day, someone else might be able to get another one,” explained former NWTF and Outdoor Life editor Doug Howlett. “It sort of the same way biologists worried that hunting in afternoon would kick hens off the next and hurt nesting success. It’s just flawed thinking. I agree, if my season limit is two and two birds come in together and I want my season to be over in that instant, boom, I should be allowed to make that decision.”

I’m all for sound biological reasoning with regard to setting fish and game regulations, but when science dispels long-held beliefs then it’s time to update and upgrade the laws. Personally, I find all-day turkey hunts exhausting, but that’s just me. I’d also prefer not to take two birds in one sitting, either. Again, that’s my personal preference. What do you guys think?