Imagine for a moment the chaos that would ensue if every cell phone, computer, vehicle, radio, television and nuclear power... 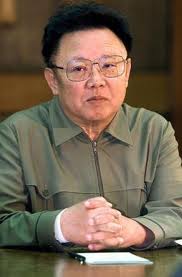 Imagine for a moment the chaos that would ensue if every cell phone, computer, vehicle, radio, television and nuclear power plant just shut down, all at once, with no warning. And now imagine that a mad man and enemy of the U.S. was wielding a weapon that could do just that.

ABC News recently reported that North Korea is nearing completion of an Electromagnetic Pulse Bomb, commonly referred to as an EMP. It is believed by some experts that such a device, detonated in the upper atmosphere, would shut down all electronics for thousands of miles in every direction, if it could be detonated at sufficient altitude (25 miles).

Although all nuclear bombs create this pulse with their blast, the alleged new toy of President Kim Jong-il is a bomb specifically designed as an EMP weapon, the capabilities of which have been theorized to wipe out the electronics of a developed, technology dependent nation such as the U.S.

North Korea does not yet have an inter-continental ballistic missile that could reach the U.S., but they do have missiles that would launch an EMP weapon over their border with South Korea, who has an advanced electronic infrastructure similar to other developed nations. North Korea is believed to not be as tech dependent, and would not be as affected by the nearby blast.

Despite the lack of ICBMs to get it across the Pacific, the threat of this weapon still causes many governments to worry. An EMP weapon could be deployed offshore from a ship to create technological destruction to any coastal nation or region.