Some Perspective on Radiation

There has been a lot of talk and worry about radiation blowing across the Pacific Ocean from the Fukushima nuclear... 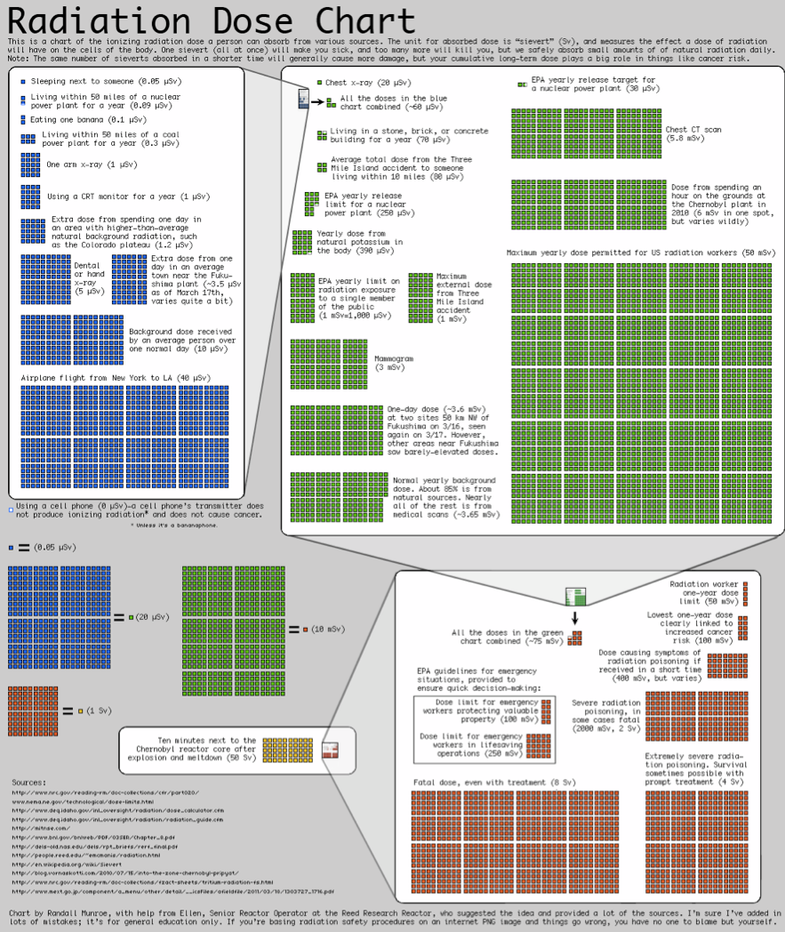 There has been a lot of talk and worry about radiation blowing across the Pacific Ocean from the Fukushima nuclear plants in Japan. It’s easy to get swept up in the panic and hysteria perpetuated by the media’s coverage of this story, as evidenced by the astronomical prices of potassium iodide tablets on eBay right now.

But let’s take a deep breath and try to gain some perspective on how much radiation is actually bad for you. This handy chart breaks it down quite nicely. The chart’s creator is not a nuclear physicist, but he is a friend of a Senior Reactor Operator at the Reed Research Reactor at Reed College in Portland, Oregon, so I’m inclined to believe that the information is pretty darn accurate, at least for the purposes of perspective.

The first rule of survival is to keep a level head, avoid panic and assess the reality of your situation. Folks on the West Coast who are concerned about radiation riding the wind across the ocean from Japan will do well to take a long look at this fascinating chart.