The Yellowstone Caldera: A Disaster Waiting to Happen

Generally, volcanic activity is low on most people’s radar for emergency preparedness, unless you live on the island of Hawaii... 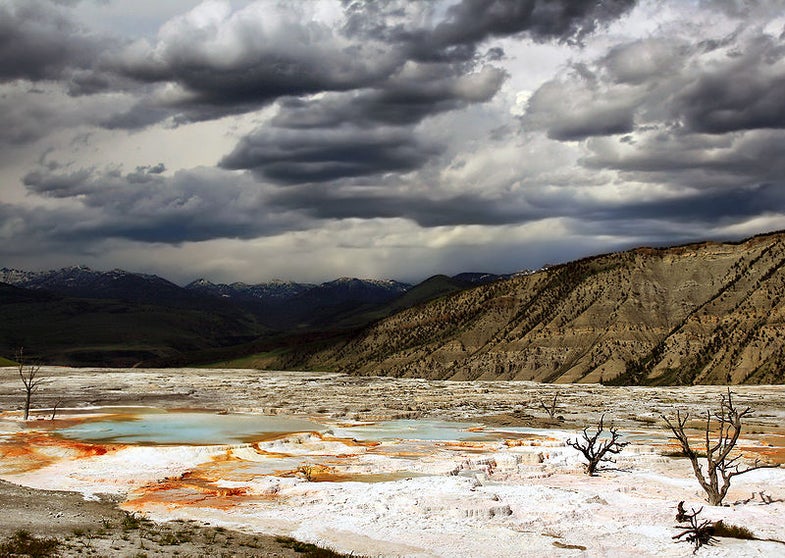 Generally, volcanic activity is low on most people’s radar for emergency preparedness, unless you live on the island of Hawaii where it is a constant. In fact, on 5 March, a new Volcanic vent opened violently on Kilauea in Hawaii, one of the world’s most active volcanoes. This vent spewed an impressive fountain of lava up to 65 feet high.

Not so unusual, since Kilauea has been in constant eruption since 1983. There are benefits to these eruptions. Indeed, Volcanic activity has given us the beautiful islands where we love to vacation.

However, most Americans are unaware that potentially dangerous volcanic activity lurks here in the continental United States. Did you know that peaceful Yellowstone National Park in Wyoming is really a slumbering remnant of a “Super Volcano.” The park is really part of a large 25×37 mile caldera that was formed after the blast of a super volcano about 640,000 years ago.

Since then, roughly 30 smaller eruptions, including a sizeable eruption about 70,000 years ago, have filled the caldera with lava and ash creating the relatively flat terrain of Yellowstone today.

Since 2004, Yellowstone National Park’s caldera has swelled and risen as much as 10 inches in some places. Experts say this is an extraordinary uplift and that it’s not a matter of “if” the super volcano will blow again, but “when” it will. Let’s hope it will wait another 70,000 years.

At a bare minimum, if you are at risk from volcanic activity, you should learn about your community’s warning systems and emergency plans. Using these as a base to develop your own evacuation plan. A pair of goggles to protect your eyes and a dust mask to protect your lungs from the effects of airborne ash are extremely useful and not something you usually have in a preparedness kit.

It would also be advisable to keep a battery-operated radio available at all times, too. Just in case your regular communications were down.