Centers For Disease Control Releases its Guidelines for a Zombie Apocalypse

On Monday the Center of Disease control released a list of guidelines on how to survive an uprising from the... 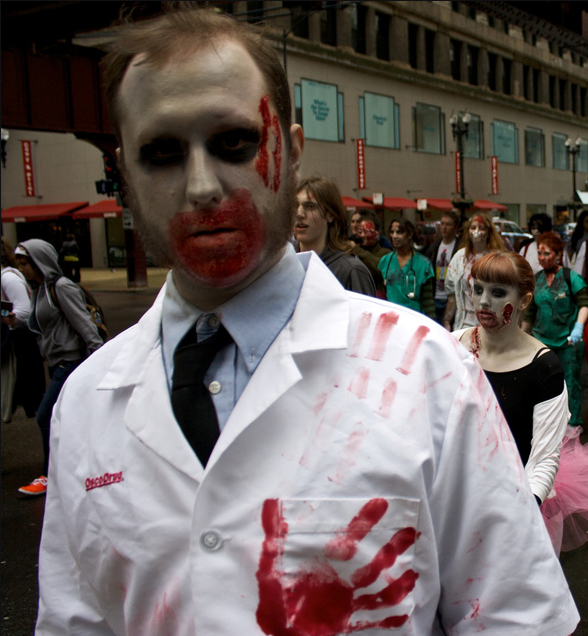 On Monday the Center of Disease control released a list of guidelines on how to survive an uprising from the living dead (no, the zombie apocalypse is not upon us, so put your zombie guns back in the gun safe … at least for now.)

The CDC post was written by Assistant Surgeon General Ali Khan and gives helpful advice such as “Once you’ve made your emergency kit, you should sit down with your family and come up with an emergency plan … this includes where you would go and who you would call if zombies started appearing outside your doorstep. You can also implement this plan if there is a flood, earthquake or other emergency.”

The post was written in a tongue-in-cheek tone, but became so popular that traffic going to the site crashed the page as of Wednesday afternoon. The idea for the piece apparently came after people began contacting the CDC with worries that nuclear radiation from the meltdown in Japan might spur a zombie attack.

Here’s a link to the CDC’s post in case the page starts working again, but for a much more useful set of guidelines go to:
Surviving the Undead: Zombie Guns
Zombie Guns: OL Reader Edition
Zombie Games: The Ultimate Training Guide