Some wildlife biologists believe there will be a greater-than-average number of grizzly attacks this year. According to officials with the... 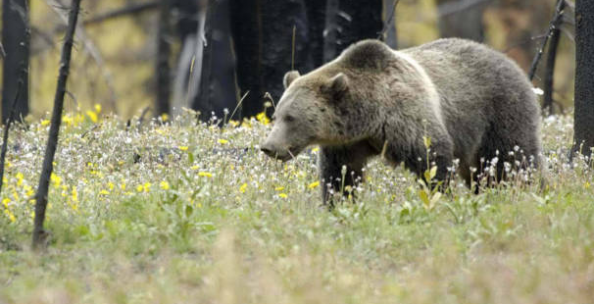 Some wildlife biologists believe there will be a greater-than-average number of grizzly attacks this year. According to officials with the Alaska State Department of Fish and Game, the state just had its first bear attack of 2011.

“As far as I know, this is the first significant incident of the year,” said Gordy Williams, who is a special assistant with the Department.

Wes Perkins, 54, a resident of Nome, Alaska, an avid bear hunter and a former Nome Fire Chief, was severely mauled by a grizzly May 16, and later flown from Anchorage to Seattle in critical condition.

Perkins was attacked on Sunday, May 15, by a large bear that he and two companions were tracking by snowmobile outside of Nome, according to the Alaska State Troopers.

Perkins was riding in front of his companion when the bear charged him. His friends in the hunting party shot and killed the bear, and then radioed for help. Perkins was medevaced from the site by helicopter. He is in stable condition, but will need to have his jaw rebuilt, teeth replaced and his tongue repaired, according to the Alaska Dispatch.

So will this be the first of many unfortunate stories this year? The men in this story knew the risks of the hunt they were on. The events are regrettable, but not a total blindside.

But how are we going to feel if the next story involves a bear who came looking for people, and not the other way around?
Because of the generally warming temperatures, many bears are denning later in the season, and emerging earlier. This extra time roaming around simply creates more opportunities for bears and humans to cross each other’s path.

As both bear and human populations increase, and homes continue to go up in more remote areas, people who live and work in the bear’s territory must continue to follow the rules when dealing with bears.

I think the biggest take-away from this story is the reminder that humans are not always the top predator, especially in grizzly country. And a little more caution never hurt anybody, especially when dealing with something that is occasionally higher up the food chain than us.