North Dakota’s fourth largest city made the news last week as the rising waters of the Souris River poured over... 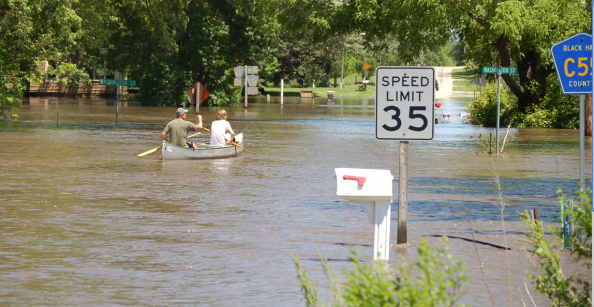 North Dakota’s fourth largest city made the news last week as the rising waters of the Souris River poured over flood defenses in Minot, North Dakota, on Wednesday, forcing the immediate evacuation of 12,000 people.

The residents knew that the evacuation was imminent, but emergency sirens sounded some five hours earlier than was expected–around 1 p.m.–as the water began flowing over levees.

Heavy rains over the past six weeks have swelled Canadian reservoirs in the Souris River basin, forcing water releases of an unprecedented volume. Here in the U.S., officials must release water from the Lake Darling Dam above Minot at a rate more than double what the recently fortified protections can bear. It’s that, or risk losing the dam entirely.

This was by no means the first catastrophic flood of the year. Both Montana and Louisiana were flooded this year with residents forced to evacuate their homes.

So what do you do when a flood hits your town?

When the evacuation notice is given or when the siren blows, the things you do next depend on whether you have to leave in a few hours or immediately.

• If you only have minutes to get out, don’t waste time gathering possessions. Most things can be replaced, lives cannot.
• If you have more time, stay alert to flood watches and warnings for your local area and the areas upriver from your location.
• Drinking water contamination can be a big deal during and after a flood, so make sure you have safe water with you as you evacuate.
• If you have a day to prepare, move important things to the highest and driest location you have. Bring irreplaceable papers, photos, files and data with you as you leave.
• As you evacuate take plenty of cash, non-cook foods, spare clothes, sanitation items, your cell phone charger, rain gear and lots of bug-out-type supplies in case you have to provide for yourself after your exodus.
• Don’t try to ride it out! If you are told to evacuate, do so!
Tell us your flood stories–or emergency plans–in the comments.