How to Escape a Riot

It’s been hard to miss (and at times stomach) the graphic news today out of Vancouver, British Columbia, where hockey... 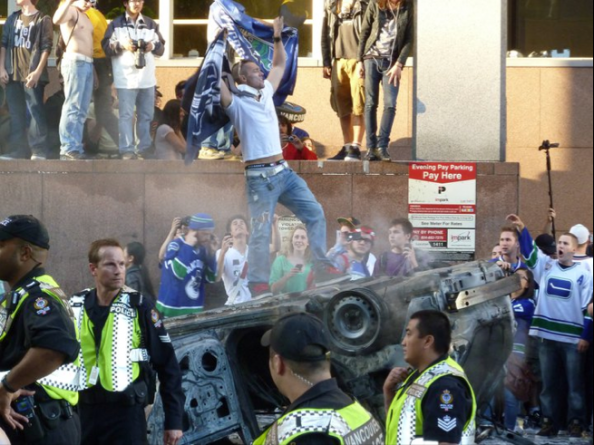 It’s been hard to miss (and at times stomach) the graphic news today out of Vancouver, British Columbia, where hockey fans rioted after the hometown Canucks lost to the Boston Bruins in Game 7 of the Stanley Cup Finals last night.

What began as a few random fires and incidents of vandalism on the evening of June 15, soon became utter chaos, with looters stealing from local stores and police trying to clear the streets. Windows were smashed, fires were lit, police cars were flipped and more than a hundred people needed to visit the hospital. Downtown Vancouver was in a state of anarchy.

So what would you do if you get caught in a ruckus like this?

First off, be prepared for the possibility of a riot anytime you go to a popular event where passion and alcohol create a volatile mix.

Secondly, if a riot does break out, keep calm. You may have intense emotions of fear or anger as your adrenaline and survival instincts kick in. Try to think rationally, and pursue safety calmly and methodically. Remember that no one is as interested in your safety as you are, so you’ll probably end up having to rescue yourself.

Thirdly, get off the street and get out of the crowd. Typically riots occur in streets, parking lots and town centers. Find shelter and avoid going back out to watch the riot. As the bricks, bottles, rubber bullets and teargas canisters begin to fly, spectators can be injured by either a rampaging mob or those trying to restore order.

If you can’t get out of the riot, try to look as inconspicuous as possible, and slowly and carefully move to the outside of the mob. Stay close to walls or other protective barriers to minimize your exposure.

Be aware that the police might use riot control agents like teargas and pepper spray. Also, consider that running toward police, even when seeking security, can be seen at threatening. The police could mistakenly think that you are running at them to attack them.

Yes, the more time you spend in the middle of a riot, the greater your chance of being injured or killed, but in most circumstances it’s better to move out of a riot slowly until you can find a safe place to hole up.