Grizzlies Attack Seven Teenage Hikers in Alaska: Could it Have Been Prevented?

A story coming out of Alaska this weekend really hits close to home for me, as both a parent and... 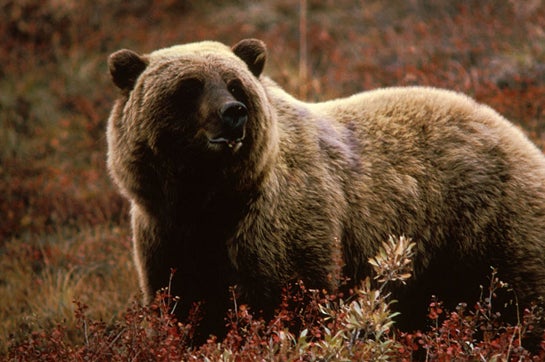 A story coming out of Alaska this weekend really hits close to home for me, as both a parent and a professional survival instructor. A brown bear and her large cub mauled a group of teenage boys on a survival trek in the Alaskan wilderness, forcing a harrowing rescue early Sunday morning to help those who were so severely injured.

Two of the teens suffered life-threatening injuries, while two others suffered injuries that were labeled “serious, but non-life-threatening.” The group was participating in a National Outdoor Leadership School course in a remote area of deep wilderness about 120 miles north of Anchorage.

A spokesperson for the Alaska State Police, said those four are in critical condition, while three others had minor injuries or exposure-related issues. Seventeen-year-old Joshua Berg of New City, N.Y., and 17-year-old Samuel Gottsegen of Denver were the worst injured.

The mauling occurred around 8:30 p.m. Saturday as the teenagers were crossing a creek. There were no instructors with the group of boys, who ranged in age from 16 to 18. They were on their 24th day of a 30-day backpacking and survival skills course.

The teens told State Troopers that they were crossing the river in a single file line when the bears attacked. The boys in front got the worst of the bears’ assault.

The boys stated that they followed NOLS protocol by calling out to warn the bears, and they were also carrying bear spray, according to the guidelines of the wilderness program.

How Did This Happen?
This is a story of being in the wrong place at the wrong time. The mother bear with cub probably perceived the group crossing the water as encroaching on her territory, and her instincts told her to fight off the intruders. It is still unclear whether the bear spray was actually used, or simply in the group’s possession. Perhaps things would have gone differently had there been instructors or other experienced adults on this trip who were carrying firearms.

The group used a Personal Locator Beacon, which alerted the authorities about the emergency, and enabled a helicopter search team to find them. Given the remote location and severity of the injuries, that device was clearly the most important piece of gear they had.

Could This Have Been Prevented?
It’s impossible to say if this attack could have been prevented, but I don’t feel like I am out of line saying that there should have been adults with firearms on such a remote trip into Alaska. Also everyone, ecspecially the point people, should have had bear spray in easy-to-reach holsters. It’s never a bad idea to carry bear spray, but not all sprays are equal.

If you are going into black or brown bear country, make sure your spray specifically says “bear” spray. Regular pepper sprays may not be as potent. The product should be EPA-registered, as this guarantees a quality product. It should spray for at least six seconds and should shoot at least 25 feet. The spray should also produce an orange cloud of mist, as the color tends to confuse bears.

Finally, the canister should be in a place you can reach it fast–like a holster on your hip–not buried in your backpack.
Our hearts go out to the boys and their families during this tragic time, and we wish a speedy and full recovery for them all.

The 30 Best Outdoor Life Bear Attack Covers of All Time