Urban Survival: London is in Chaos as Riots Continue

Waves of violence and looting have been roaring across London and nearby British cities since Saturday, as authorities struggle to... 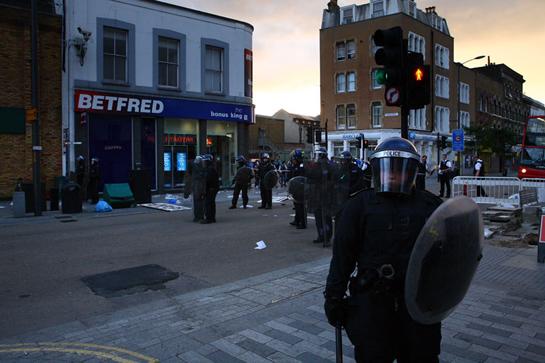 Waves of violence and looting have been roaring across London and nearby British cities since Saturday, as authorities struggle to contain the country’s worst unrest since race riots had London in flames in the 1980s.

Hundreds have been arrested in London alone, and dozens were arrested in other English cities. Scenes of burning buildings and smashed windows in London and several other British cities stand out this week in stark contrast to the usually reserved nature of the English people.

16,000 officers are expected to be on the streets of London Tuesday night, almost tripling the number that were out Monday night.

The rioting began Saturday in the low-income, multi-ethnic northern district of Tottenham, where protesters demonstrated against the fatal police shooting of Mark Duggan, a 29-year-old father of four who was killed in disputed circumstances on Thursday.

Some rioters have claimed to oppose sharp government spending cuts, which will slash welfare payments and cut tens of thousands of public jobs through 2015.

Others have been attracted simply by the opportunity for violence. “Come join the fun!” shouted one youth in the east London suburb of Hackney, where shops were attacked and cars torched, according to the Associated Press.

Police have announced that plastic bullets and armored vehicles would be used by officers to quell the riots.

So far, almost 50 police officers have been injured. The riots also claimed their first death — a 26-year-old man was found shot dead in a car. It is unknown who shot the man, or why.

“This is the uprising of the working class. We’re redistributing the wealth,” Bryn Phillips, a 28-year-old anarchist told the AP as young people emerged from a store with candy bars and ice cream.

The rioters are using technology to fuel the conflict. Teens and young adults have been using text messages, instant messaging on BlackBerry phones and social media platforms such as Twitter to coordinate attacks and stay ahead of the police forces.

All of this data can be tracked, and used as evidence when things calm down, but that offers little help to the beleaguered and endangered London Police right now.

I’m scratching Britain off my travel plans for a while. For more, see my blog on How To Survive A Riot.