Navigate by the Stars and Moon

Even the least savvy outdoorsman, and most couch potatoes for that matter, is dimly aware that the sun rises in... 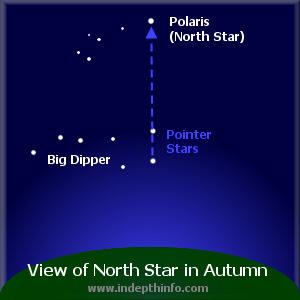 Even the least savvy outdoorsman, and most couch potatoes for that matter, is dimly aware that the sun rises in the East and sets in the West.

But what about using celestial bodies to navigate at night time?

Using the moon and stars to find your way is a lost art to most modern people. The ancient Polynesians hopped from tiny island to tiny island, with no maps or navigation devices, using the sun, moon, stars, wind and ocean current to guide them. Our recent ancestors used sextants and other navigational aids to maintain a bearing and even to determine longitude and latitude from the moon and stars.

Obviously, you should always have a compass and/or GPS for navigating in the wild. But what happens if you get caught after dark without those modern conveniences?

Using The North Star
The North Star, also known as Polaris, is the current northern pole star. It has been the North Star for thousands of years, although a different star will be in the right position to take the role of North Star roughly one thousand years from now.

Polaris lies about one degree from the north celestial pole, at the end of the “handle” on the Little Dipper (the constellation Ursa Minor). Probably the most common method of locating Polaris is to follow along the line of the “pointer” stars in the cup of the Big Dipper. These pointers are the two stars farthest from its “handle”. The distance between the two pointer stars and Polaris is nearly five times greater than the space between the two pointer stars.

Using The Moon
The moon is even easier to use than Polaris for direction finding. Even in partial cloud cover, you can spot the moon rising in the East, and setting in the West.

You can also use the phases of the moon to determine a good estimate of the direction of South. Any time there is a partial shadow on the moon, between Full and New Moon, you can draw an imaginary line through the points where the shadow touches the bright surface on each side of the moon. Then extend that line down to the horizon for a general position of South. For example, draw a line connecting the two “horns” of the crescent moon, and continue it down to the ground on that same angle, and you’ve got South figured out!

Have you ever used the stars or moon to find your way? Please let us know in the comments.