Survival Skills: How to Build a Paiute Deadfall

There are a lot of traps out there, but none of those traps show up in my bag of tricks... 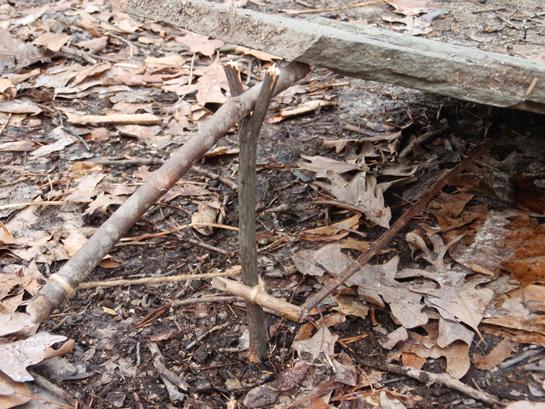 There are a lot of traps out there, but none of those traps show up in my bag of tricks as often as the Paiute Deadfall.

This very clever trap dates back hundreds (if not thousands) of years to the early Paiute Indian nations. The Paiutes are three closely related groups of Native Americans — the Northern Paiute; the Owens Valley Paiute; and the Southern Paiute, all three groups having ancestors on land that is present day Nevada.

Anyone familiar with the rugged terrain of Nevada can tell you that there is an abundance of rocks, and often, a scarcity of critters. In this dry land where the hungry can’t afford to be picky, we find the necessity and the materials for the world’s greatest rodent trap.

Like all other deadfalls, we have some type of weight (often a rock). We also have a trigger system to hold part of the rock up in the air until our future meal crawls under there. But the difference between this deadfall and the rest, is the stronger and more sensitive trigger that can be fashioned without a knife.

To make this trap, just break a few sticks into the right size and shape with your bare hands, and then scrounge up a few inches of string. That’s all you need, plus the rock of course.

How To Put The Paiute Deadfall Together
First, you’ll need to have a plan. In all trapping, you can’t expect much more than an empty belly if you randomly throw out traps. You need to have a target animal in mind. You’ll also need to understand that animal’s food, travel routes and habitat. Minimize your scent while making and setting the trap. You also need to set the trap correctly and bait it according to the target animal’s diet. The target of choice in Paiute country seems to have been Packrat.

Once you figure out your local trapping target and strategies, you can rub some dirt on your hands to kill some of the human scent, break the trigger sticks into shape and gather the other needed supplies.
For an average sized rat/prairie dog/rodent you’ll need:

Now you are ready to set it all up.

Next, you’ll wrap the 2-inch toggle halfway around the post. It’s basically a 180 degree turn. Now you should be able to hold up the rock by just holding the toggle. The final step is to place the baited end of the 12-inch bait stick between a rough spot under the stone and the tip of the toggle.

It’s good to scope out this crack or crevice before setting up the trap. When you can let go of the trigger stick, and the rock stays up in the air, you did it right.

For most of us, this exact trap should be for survival purposes only, as deadfalls of any kind are not legal in most states. But if you are crafty, you can substitute a box for the flat rock and turn this into a live catch box trap. Check your local laws before engaging in trapping, even for practice purposes.

Good luck, and don’t forget to leave us a comment on your experiences with this trap.