Solar Flare May Cause Power Outages

As the poles were closing on Super Tuesday, the biggest solar flare in five years erupted on the surface of... 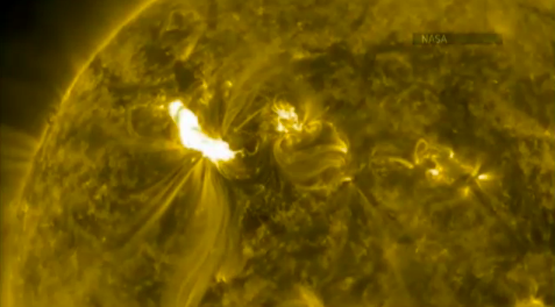 As the poles were closing on Super Tuesday, the biggest solar flare in five years erupted on the surface of the sun, and “It’s [going to hit] us right in the nose,” said Joe Kunches, a spokesperson for the National Oceanic and Atmospheric Administration.

Kunches remarked that this flare was the sun’s version of “Super Tuesday.” Well, whether the sun was vomiting in joy, or out of anger at the election results, we may never know. But this much has been determined: the Earth is lined up perfectly for the flare to hit us. What’s the damage predicted to be?

Maybe. A similar solar storm in 1989 caused more than 6 million people in Quebec to lose their electricity.

How does a flare do something mischievous like that? Solar flares and storms can affect modern technology with three different emissions: magnetic, radio and radiation.

The magnetic emissions have the ability to overload electrical systems. The radio emissions can obviously interfere with communications. And the radiation is probably the worst of the bunch, causing planes to reroute and endangering satellites, spacecraft and astronauts alike. In other words, the radiation makes it a bad day to be outside, or up in the air.

On the bright side, this strong space weather could push the Northern Lights all the way down to the Great Lakes. Whatever else happens, it should all be over by Friday morning.