Hantavirus: What it is and How to Prevent it

The staff at Yosemite National Park has been busy disinfecting 400 cabins there after a recent hantavirus scare. Two Californians... 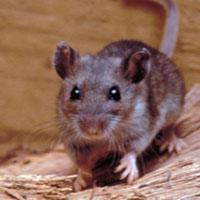 The staff at Yosemite National Park has been busy disinfecting 400 cabins there after a recent hantavirus scare. Two Californians who stayed in separate cabins in Yosemite’s Curry Village in mid-June contracted hantavirus cardiopulmonary syndrome, which is an unusual but serious lung disease. The names of the two campers have not been released, but a 37-year-old man passed away from the disease in late July, and a woman in her 40s is now recovering from the illness. It is believed that these two may have been exposed to mice droppings or urine that contained hantavirus while vacationing in the park.

The most common spreaders of hantavirus are deer mice and white-footed mice. There are at least 14 viruses, and some are present from coast to coast in the U.S. The most common area where the virus is found is the Four Corners region of the southwest. How can you avoid catching this hard-to-treat virus?

Precautions to be taken in the great outdoors:
– “Bear-bag” your food.
– Never use rodent or other animal nests for tinder.
– Keep your camping dishes clean, and up off the ground.