Hurricane Safety Tip: How to Survive a Massive Hurricane

With Hurricane Katrina bearing down on his Gautier, Mississippi, home, Armand Charest decided to ignore the weather experts advising evacuation.... 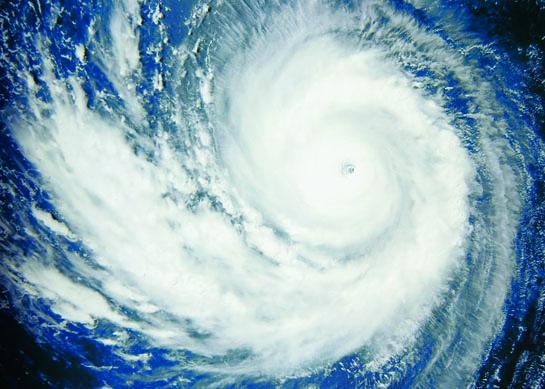 With Hurricane Katrina bearing down on his Gautier, Mississippi, home, Armand Charest decided to ignore the weather experts advising evacuation. Instead, he and his wife prepared to ride out the storm–much as they had ridden out previous hurricanes.

As the warnings grew more urgent, the Charests decided to take shelter with neighbors whose house was at a higher elevation. They brought along emergency food and water supplies to add to the essentials already at the home, such as a generator and extra gas in jerry cans. Once the power went out, they used a battery-powered TV to keep track of the storm’s progress.

As the winds picked up and the storm surge began rising, the Charests and their hosts began rethinking their decision to stay. When the waters reached the tires of the vehicles parked in the front yard, they moved them across the street to the higher ground of a neighbor’s driveway. The one remaining vehicle, which was parked in the garage, was already floating in the floodwaters by the time they got back. Adding to their woes, the car’s gas tank leaked, filling the house with fumes. To ventilate the house, they knocked out some of the plywood window covers and opened the windows wide. That, of course, exposed the interior of the house to the wind and rain of the storm.

Once the water level inside rose to their waists, Charest and his host swam out to a boat and tethered it to a column on the front porch in case they had to leave quickly. They spent the next several hours keeping dangerous floating debris, like propane tanks, away from the exterior of the house. As soon as the winds died down, they removed the remaining window reinforcements in an effort to better ventilate the house.

As the waters receded, Charest and his host managed to start one of the trucks across the street. They drove to Charest’s home to discover it intact but flood damaged. He contacted family members farther north, who caravanned down to rescue the survivors. But their troubles weren’t over: They had to decide whether to cross a bridge that had been damaged when a crane broke from its moorings. They opted to take their chances and go over the bridge, which held up–a harrowing yet happy end to the ordeal.

Post Assessment
In August 2005, the Charest family and their friends chose to ride out Hurricane Katrina rather than evacuate. But as floodwaters continued to rise, they regretted their decision to stay behind.

What they did right
Prior to leaving his home, Armand Charest took precautions to make it hurricane resistant. He boarded up windows and exterior doors and covered all interior furnishings with plastic.

He put together disaster supplies to last through the chaos of the first 72 hours.

The Charests accepted an invitation to ride out the storm with friends whose house was at a higher elevation. Several other neighbors also were invited, providing safety in numbers.

As the floodwaters rose, they moved their cars to higher ground across the street.

They moored a boat to the porch in case they had to make a fast escape.
They worked to keep dangerous floating debris, like propane tanks, away from the house.

What they did wrong
Like so many others, Charest ignored warnings to evacuate as Hurricane Katrina approached.

He didn’t prepare and place sandbags, which might have countered the storm surge.

Charest and his friend left a car parked in the garage, which spilled gas into the water and filled the house with fumes, forcing them to knock out the plywood protection they’d put on the windows.

The survivors chose to drive across a bridge even though a floating crane had damaged it. They made it–but their decision to trust infrastructure that was compromised could have given their survival story a tragic ending.