Why You Need Vitamins For Long Term Survival

Do you really need vitamin and mineral supplements in your survival gear? I think the answer is a resounding yes,... 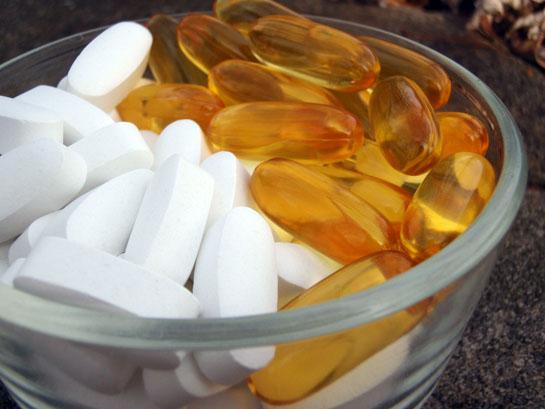 Do you really need vitamin and mineral supplements in your survival gear?

I think the answer is a resounding yes, if that survival gear is stocking a cabin, a Bug Out Bag, or a long-term survival kit. The reason is simple. Over several months’ time, you could be at risk from several malnutrition diseases if you became cut off from our normal diverse food supply.

Vitamins, minerals and malnutrition diseases
In a short-term survival situation, vitamins and minerals shouldn’t be any concern at all. There’s no reasonable place for vitamin pills in a small survival kit. You’re certainly not going to die of osteoporosis from missing your calcium pills for 72 hours.

But in the long-term survival scenario (where you are providing for yourself for months at a time) that bottle of vitamins and minerals will look a lot more friendly. Assuming you had enough calories to eat every day, there are still a number of malnutrition diseases that can affect a person who is missing key nutrients in his or her diet.

Beriberi is caused by a deficiency of thiamine (vitamin B1). It was described in Chinese literature as early as 2600 B.C, and has been prevalent in Asian countries for centuries. Beriberi can affect the cardiovascular system or the nervous system. Symptoms can include swelling of the lower legs, congestive heart failure, enlarged heart, tingling in limbs, vomiting, confusion, coma, and death. Just 1 milligram of thiamine each day will prevent this disease.

Pellagra is a malnutrition disease caused by a deficiency of niacin (Vitamin B3). People relying heavily on corn as a staple food are the most likely to develop this disease. In the early 20th century, pellagra was epidemic in the southeastern U.S. due to the high corn diet and poverty there. Symptoms of pellagra are often called the “three Ds”–diarrhea, dermatitis (scaly, red lesions and sores), and dementia (depression, delusions, insomnia, memory loss, and stupor). Fortunately, pellagra can take years to become fatal, and the symptoms can easily be reversed by consuming niacin.

A more commonly known malnutrition disease is rickets. Bony deformities similar to rickets were described by physicians as far back as Roman times. Rickets are caused by a deficiency of vitamin D, calcium, or phosphorus. If you don’t have enough calcium or phosphorus in your bloodstream, your body will react by taking these minerals from the bone, making the bones weak. However if you don’t get enough vitamin D, your body won’t absorb calcium and phosphorus properly. You need all three of these nutrients in order to have healthy bones. Symptoms of rickets can include skeletal deformities, fragile bones, delayed growth, pain in bones, and muscle weakness.

The most well-known deficiency disease of recent centuries is scurvy, which is caused by a deficiency of vitamin C. This disease has been recognized for hundreds of years. Vitamin C is required to make collagen, the connective tissue that holds our cells together. A deficiency of this vitamin can cause a breakdown of tendons, ligaments, bones, and blood vessels. It can also cause bruising, bleeding, a loss of hair, tooth loss, and swollen, painful joints. Just 10 milligrams of vitamin C each day will prevent scurvy, though your recommended daily intake is about 90 milligrams depending on gender and age.
I’m going to go take my vitamins right now.