Winter has to be the best time of year for a warm cup of tea. Oddly enough, the outdoors is... 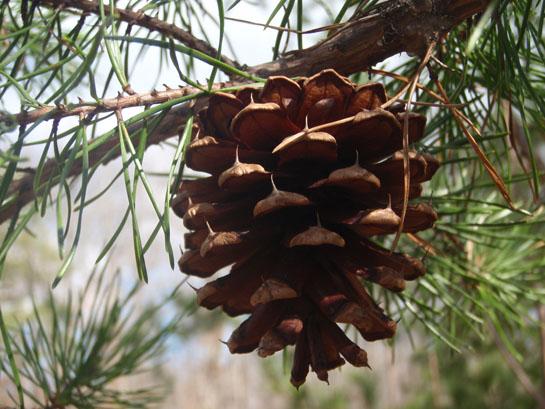 Winter has to be the best time of year for a warm cup of tea. Oddly enough, the outdoors is full of wild plants that can give us richly flavored and nutritious teas during the colder months.

As always, when dealing with wild plants for food and beverages, you have to be 100 percent certain that you are dealing with the right plant and using it correctly. The last thing you want is a cup of tea cup brewed with a deadly plant by mistake. Deaths from water hemlock are reportedly the most common plant related fatality in U.S.

So grab your wild edible plant book, or a foraging expert, and do some winter tea harvesting the next time you hit the trail.

Black Birch Tea
From eastern Canada to the high elevations in the Blue Ridge mountains, Black Birch tea is an east coast treat. The tree looks very much like a Black Cherry, with dark smooth bark and little horizontal slash marks in the bark pattern. But Birch smells nice when you break a twig, reminiscent of birch beer soda and teaberry chewing gum. If you got a cherry by mistake, the broken twig would stink. An ounce of broken Black Birch twigs with make an 8-ounce cup of delicious tea. Sweet Birch (aka Yellow Birch) is a northern relative which can be used the same way.

Mormon Tea
Also known as Brigham Tea and Ephedra Bush, Mormon Tea is a southwestern shrub with stiff, green branches that are jointed. This bush has scaly leaves and is easy to identify from other bushes of the American southwest. Break up a tablespoon of the green stems and soak them in hot water for 10 minutes to brew a warm tea that has a stimulant effect. But don’t get greedy, as overuse of this tea will stain your teeth.

Pine Tea
Pines can be found from coast to coast. Skip the Loblolly in the east and the Ponderosa pine in the west, as they may have toxins in the needles. Rip up a small palm full of green, live Pine needles and soak them in hot water for 15 minutes. This tea has 5 times your daily allowance of Vitamin C, and a good “citrusy” taste. Don’t boil the pine needles. That brings out bitter resins from the needles and the heat destroys your Vitamin C content.

Other Teas
Sassafras and its cousin Spicebush make delicious teas when the twigs are prepared like Black Birch twigs. The root of the Sassafras tree can be even better as a tea, tasting like root beer. Yarrow and Rose Hips can still be found in the winter, and simmered into a tea. Labrador-tea, Wintergreen and Creeping Snowberry can be found in the north and turned into delicious teas, too.

Let us know if you have a favorite winter brew, by leaving us a comment.