A tragic tale comes to us from Arizona this week, where a man was found dead Monday evening, still hanging... 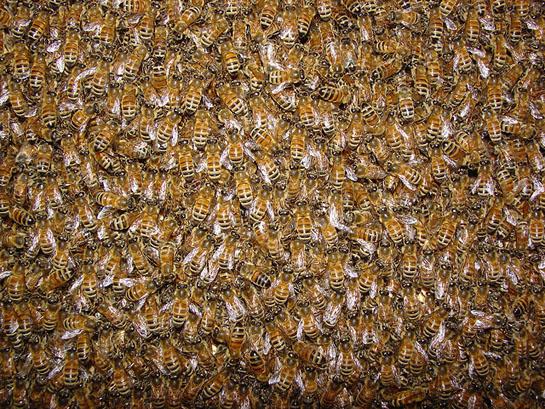 A tragic tale comes to us from Arizona this week, where a man was found dead Monday evening, still hanging in his climbing harness on a mountain south of Tucson. He had apparently been attacked by bees while rock climbing and stung hundreds of times, according to authorities.

Steven Wallace Johnson, 55, of Tucson, had been rappelling from a cliff on Mount Hopkins. He was an experienced hiker and climber who had gone to the mountain on Friday, said Lt. Raoul Rodriguez of the Santa Cruz County Sheriff’s Department. Johnson’s dog was also attacked by the bees, and was found dead on top of the ridge from which Johnson was rappelling, Rodriguez said. The Pima County Medical Examiner’s Office will conduct an autopsy to determine the cause of Johnson’s death, and determine whether it was a fall or the bees that killed him.

Bees and wasps kill 50 to 100 people worldwide each year, which is more than those killed by all other venomous creatures combined. A bee’s defense mechanism is its stinger, and when it is used a pheromone is released that signals the other bees in the colony to attack. These stings can be fatal when the bees or wasps attack in large numbers, or if the victim is particularly allergic to the venom. Honeybees can attack in a swarm of thousands if provoked, and can cause anaphylactic shock in allergic humans.

Staying alert and aware are your keys to avoiding the stings of bees and wasps.

You need to be aware of:

– The gray paper hornet’s nest, which is about the size of a football or basketball, and will be attached to a bush, branch, or other structure anywhere between 2 and 20 feet off the ground.

– Sentinel wasps flying around the burrow opening of a yellow jacket hive. Just a tiny hole in the ground with a few wasps buzzing around can be the gateway to an underground hive with thousands of yellow jackets inside.

– Building eaves and rock overhangs, which are perfect for paper wasp nests.

If you do get swarmed, RUN! Try to get into a vehicle or a building, as most bees and wasps will give up the chase after a hundred yards or so. Carry an EpiPen if you are–or may be–severely allergic to stings.

As the weather begins to warm, be cautious and take bees for the serious threat they pose.