Survival Skills: How to Boil Water in Clay Soil

When you’re stuck in the middle of no-man’s-land, and boiling is your only choice for disinfecting water, how do you... 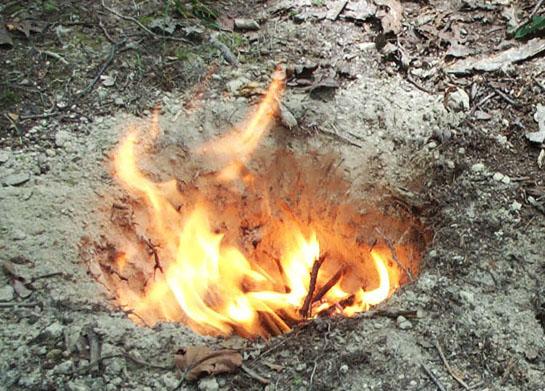 When you’re stuck in the middle of no-man’s-land, and boiling is your only choice for disinfecting water, how do you get that job accomplished without a container?

You may already know the trick of rock boiling, which is the technique of using fire-heated stones, dropped into a cavity filled with water. This method is used when your water container cannot be moved (like a cavity in a rock) or should not be placed over the fire (like a wooden bowl or bark vessel). But can you rock boil without any rock cavities or another type of container?

Yes. You can actually boil water in a hole in the ground, and I’ve been trying it in different ways for years.

Through trial and error, I’ve finally found the secret: dig your hole in clay soil. Now I’ve rock boiled in plenty of holes in the dirt, when no other vessel was available or a lack of time prevented my construction of a container. The method is a last ditch effort (no pun intended), to get water that has been boiled to kill pathogens. It always starts out fine, but then boiling bubbles created by the red-hot rocks quickly turn the puddle of muddy water into a puddle of hot mud.

After noticing how hard my clay rich soil became when using Dakota fire holes, my solution was clear: Dig a hole, make the walls smooth with clay and burn a fire in the hole to harden the clay.

After the first rock boiling, I could still drink the water. Sure the water still becomes a muddy mess, but the finished boiled water looks a lot more like water, and a lot less like chocolate pudding. Just burn a hot fire from small sticks in your clay lined hole for 20 minutes. Let the fire die, and scoop out all the charcoal and ash (ash and water make lye, you don’t need that). Then improvise something to carry water from your source to the fired clay hole. Heat some rocks for 40 minutes in a fire, drop them in the hole, and boil away.

Tell us if you have rock boiled, out of curiosity or desperation, in the comments section below.